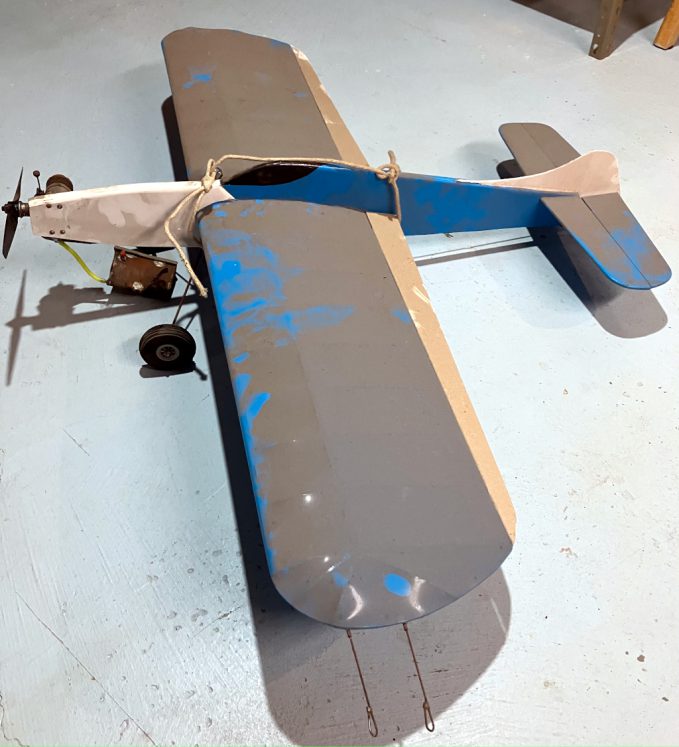 In what seems to have become an annual activity, I have just finished restoring yet another classic control line model plane. Two years ago it was a Berkeley P-40 Warhawk, followed last year by a Sterling P-51 Mustang. Now this year, it is a SIG Banshee. However, this restoration ended up being more of a ‘refresh’ rather than a full-blown restoration like the two previous planes.

This SIG Banshee came to me from a collection being disposed of by a hobbyist in the Cortland, New York area. One of my fellow STARS club members saw the plane and snagged it for me. Upon first inspection, it looked to me to be structurally sound but rusted and filthy dirty. I put it in the project queue to be worked on and completed before the upcoming Ringmaster Fly–Thon which is the annual event during which I unveiled my two previous restorations.

Once I started work on this plane, it became apparent that my initial impression was correct. The model was structurally sound and did not need a full rebuild like the two previous restorations. A thorough cleaning and replacement of rusted or worn parts were all that was really needed. In the end, I invested about 12 man-hours in the ‘Refresh’. Here are some photos of the plane as I received it. 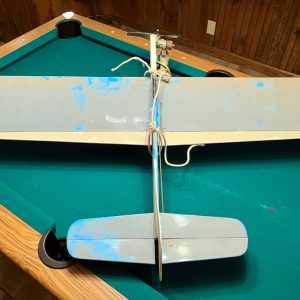 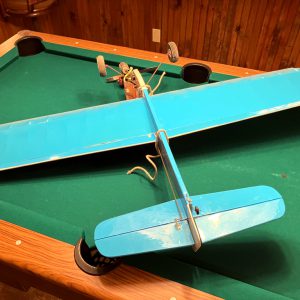 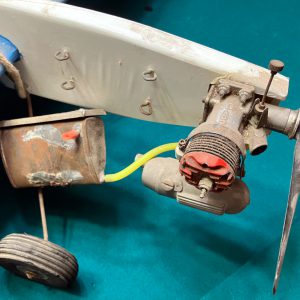 The first order of business was to remove the old parts and clean the plane. The wheels and fuel tank were toast and needed to be replaced. I also decided to replace the rusted landing gear wires rather than spend time sanding the rust off them. The pushrods and lead-out wires were also rusted but did not lend themselves to replacement so I did sand and clean them up. The prop was an old plastic one so I decided to replace it. Fortunately, for all parts that needed replacing, I had the equivalent parts in my inventory including the same exact Kap-Pak fuel tank that was on the plane, so this refresh cost me nothing out of pocket.

As for the engine, the plane had an old McCoy .35 Redhead with a muffler installed on it. I had been advised that the Banshee was notoriously nose heavy and was originally designed for a Fox .35 running without a muffler. The McCoy and muffler combination was 3.7 oz. heavier than the Fox and contributed to a seriously nose-heavy condition on the plane. I had a good Fox .35 so I planned to install it without a muffler. However, it turned out that the mounting holes for the Fox did not line up with the holes in the plane. I decided that I didn’t want to get into modifying the holes so decided to reinstall the McCoy but without the muffler. This lightened the front-end load by 2.5 oz.

Here are a couple photos of the components involved in the refresh: 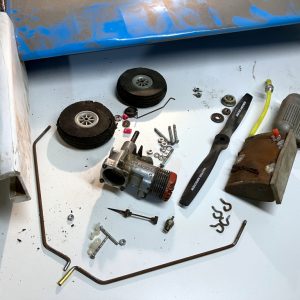 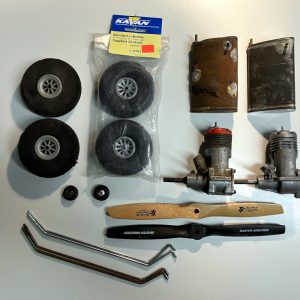 Old parts next to their replacements. The Fox engine was ultimately not used.

The McCoy engine was totally seized up so I ended up tearing it completely apart and completely cleaning it followed by repainting the Red Head. The pushrods and lead-outs cleaned up pretty well. I also ran a MonoKote iron over the entire plane to reshrink the MonoKote covering. All replacement parts were installed and a new spinner was added to the propeller.

In the end, I needed to add 2 oz. of tail weight to get the CG to balance on the model. However, even with the added tail weight, the final total weight of the model came in at a reasonable 37 oz. final weight. The model was now ready for its first engine run and maiden flight. But first, it was unveiled a bit early at the annual STARS Airshow. I didn’t get to run the engine and fly the plane at the airshow. That came about a week later.

Here are a couple photos of the completed plane after the refresh: 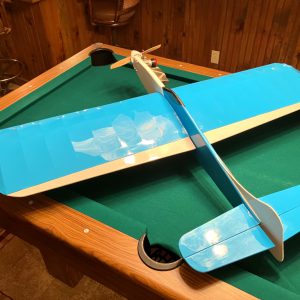 Topside of model after refresh 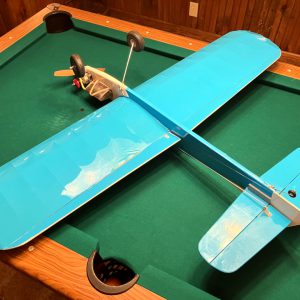 Bottom of model after refresh 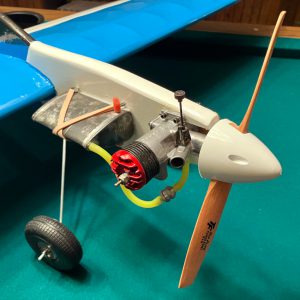 I was a bit concerned about starting the McCoy because it was still very stiff after the cleaning and rebuild, however, it started up after only a few flips of the prop. I ran the engine rich for the first few tanks of fuel and it ran great with good compression and power. I managed to get in 4 flights during the initial flight session with the plane. I kept things nice and easy with the engine running rich so as to give it more time to settle in before trying any stunts with the plane. The plane itself seemed to handle great and the CG seemed to be right on. I ended the night by calling the refresh a success and plan to try a few stunts with the plane on my next outing with it.

Here are a couple photos of the maiden flight of the Banshee after the refresh: 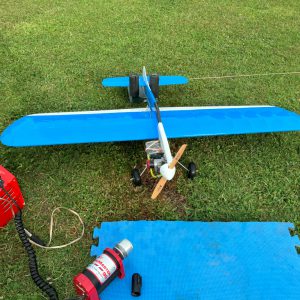 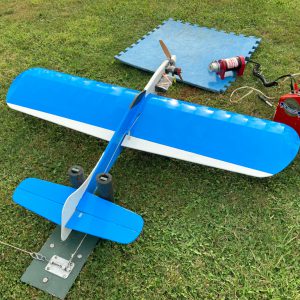 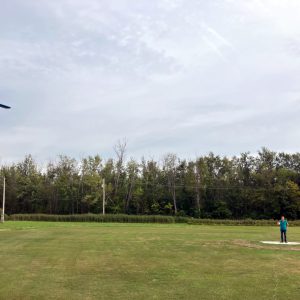 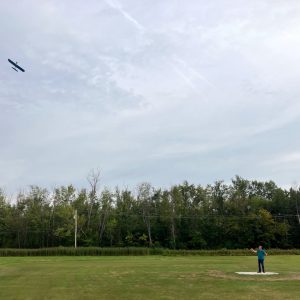 Climbing out on maiden flight.

Here are two brief video clips (1 flying & 1 landing) of the maiden flight of the Banshee. Hopefully, you can view the clips OK.

So another classic plane has been reclaimed from the scrap heap. I find it very rewarding to save some of these old planes and to watch them fly once again like they did so many years ago. I wonder what will turn up for next year’s’ restoration’?

Aug 26, 2022Mike O’Neill
Going Round and RoundTwo Become One