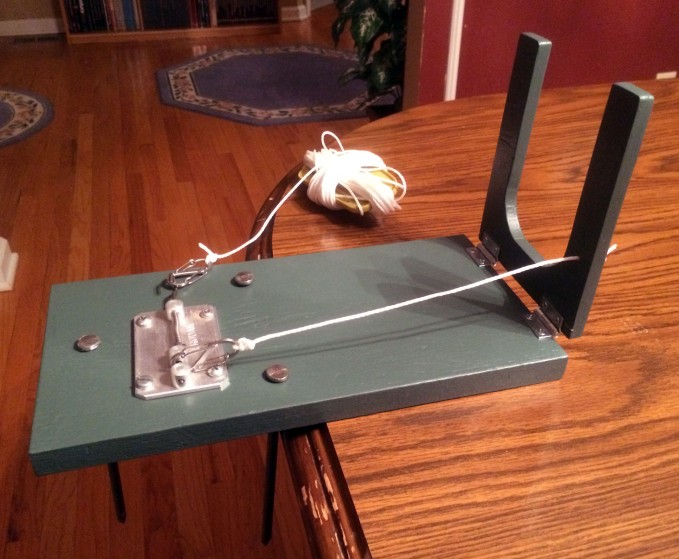 One of the problems with control line flying is that it usually takes 2 people to participate in a flying session…one to fly the plane and one to hold and launch it. When the second person is not available, the holding and launching part of this equation becomes problematic at best and can be a real detriment to the flying part!

Late last summer, after I finished building my Mustang, I found it to be quite frustrating when I wanted to go flying and no one was available to hold and launch the plane. This happened on several occasions. As a result, I didn’t get in much flying before the weather turned bad and shut the flying down altogether.

But this flying season will be different…enter the launch stooge!

Now, I am sure that all of this is very ‘old school’ and even more basic to seasoned pilots, but to someone like me who is just re-entering this hobby (or entering for the first time), this becomes pretty exciting stuff!

My friend, Steve Dwyer, sent me some photos of a launch stooge that he designed and uses. I then saw that Brodak sold a control line stooge release mechanism so I purchased it. I then had a few questions as to how Steve attached his tail wheel to the release mechanism at which point he directed me to a stooge that he saw on Youtube from a guy going by the name of Shugemery. Shugemery’s stooge didn’t require any modifications to the tail wheel assembly as it utilized a U-shaped wooden bracket that held and released the plane. The fact that it seemed to work quite well in his videos and did not require any modifications to the plane convinced me to give the design a try.

I was able to manufacture the entire stooge over the course of two nights (waiting for paint to dry was the real hold up here!) and made it almost exclusively out of spare material I had laying around my work shop…right down to the 4 mismatched screws holding the Brodak release mechanism in place. I only had to purchase 3 items: the Brodak stooge release mechanism, a set of hinges, and a set of SBiner hooks. Total cost: $30.09.

Now, when I get home from work and feel the urge to fly (and assuming the weather conditions are favorable), I can just grab my plane and my flight box and head off to the field to get in some laps…as long as I don’t forget to pack the stooge!

Thanks to FlyBoy Steve Dwyer, Youtube videographer Shugemery, and Brodak Manufacturing for their contributions to this stooge design and development.

Here are some photos of the completed stooge with my Mustang acting in the supporting role: 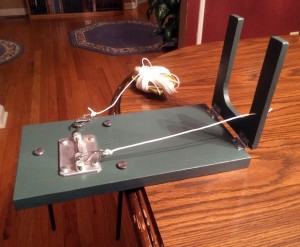 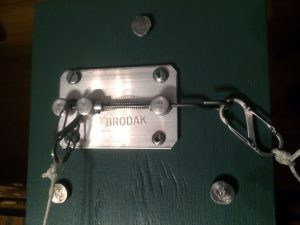 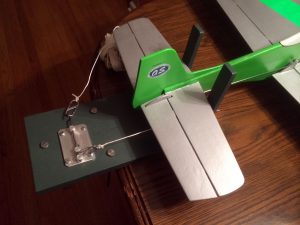 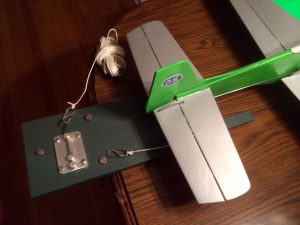 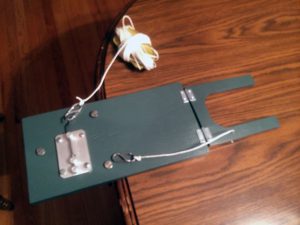