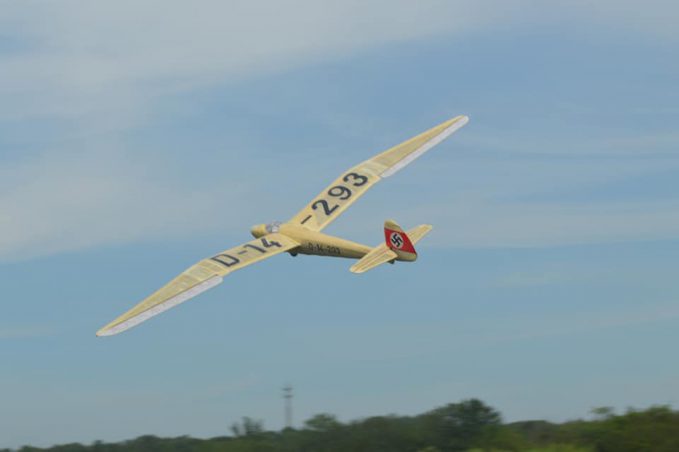 I’m really excited about this one!

The Minimoa glider was a single-seat sailplane produced in Germany. It was designed by Martin Schempp and Wolf Hirth and was produced the year after their first glider, the Göppingen Gö 1. It first flew in 1935. The name is derived from the name Moazagotl given to Altocumulus Lenticularis clouds caused by the Foehn wind in Sudetenland. The name was used for one of Hirth’s earlier gliders and since the Gö 3 was a smaller version, it was called ‘Mini’ as a diminutive.

It was made out of wood and fabric with cantilevered ‘gull’ wings. A B-version in 1938 had thinner wings with a modified section and the gull’s kink in a different place. The undercarriage was non-retractable. It was the first glider built to carry water-ballast in a tank behind the pilot. 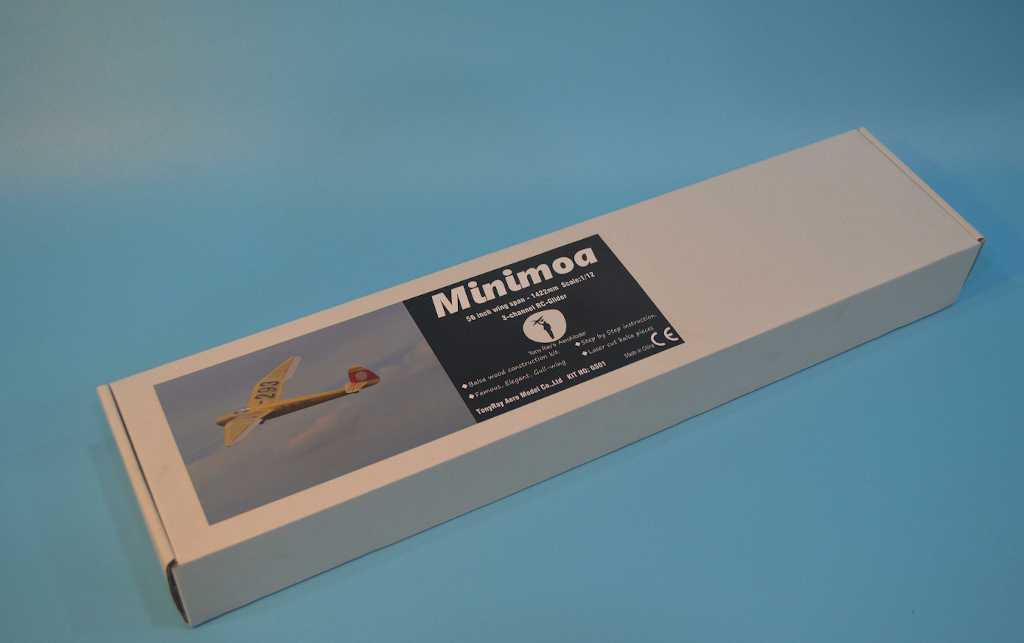 The Tony Ray Aero Models Minimoa Glider has a 56″ wingspan and is designed for 3 channel radio control slope soaring. The model can also be converted to free flight for those with appropriate model building skills or, it can be built as a beautiful static display model. 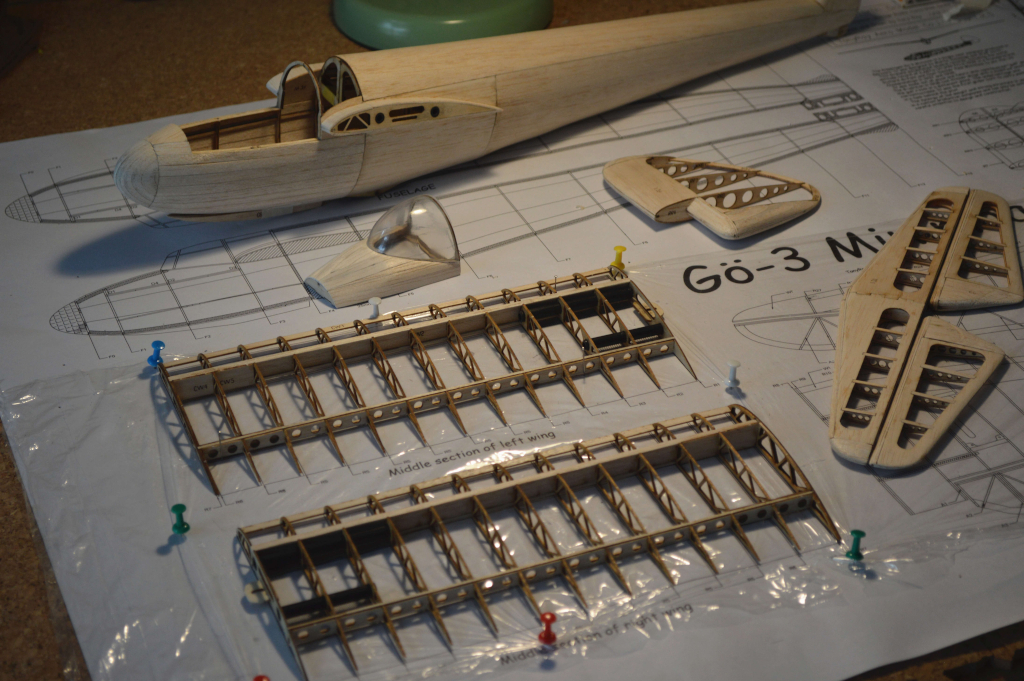 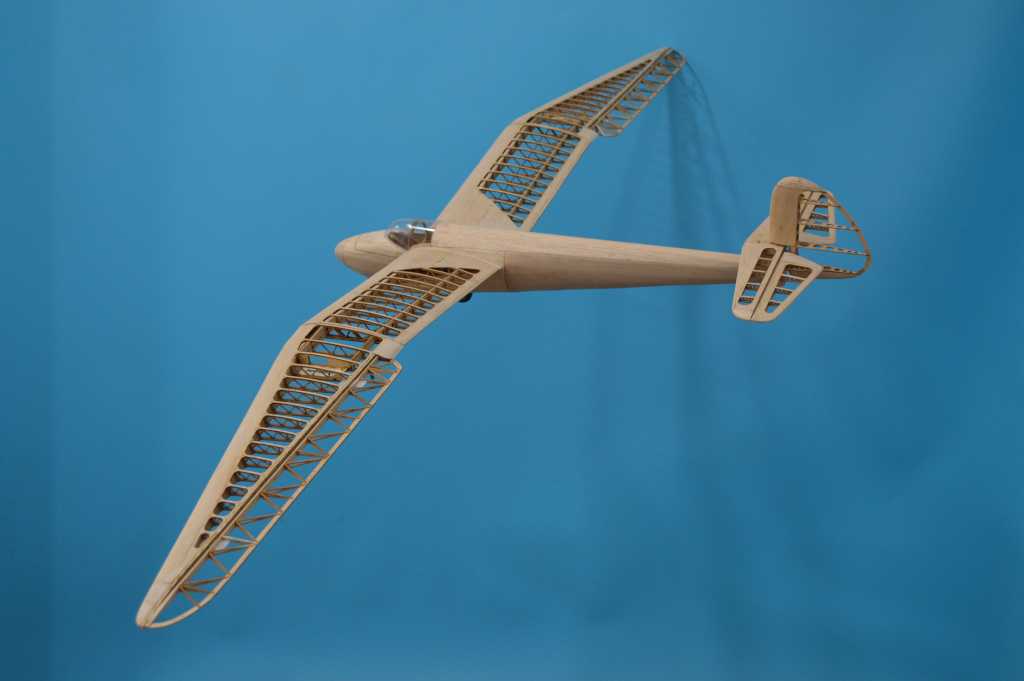 I will be building one of these gliders for myself so keep your eyes out for future FlyBoyz build posts of it.

And for those who want their own Minimoa to build and fly, I am pleased to say that the kit is available exclusively in the USA from the FlyBoyz Store and is available now! Initial quantities are limited and with an introductory price of $129.95, it will be a fast seller so order your kit now before they are gone. You can see more details about the Minimoa glider kit and order it from the FlyBoyz Store here: Minimoa Glider Kit. While there, check out all the other laser cut kits from Tony Ray that are available in the FlyBoyz Store. 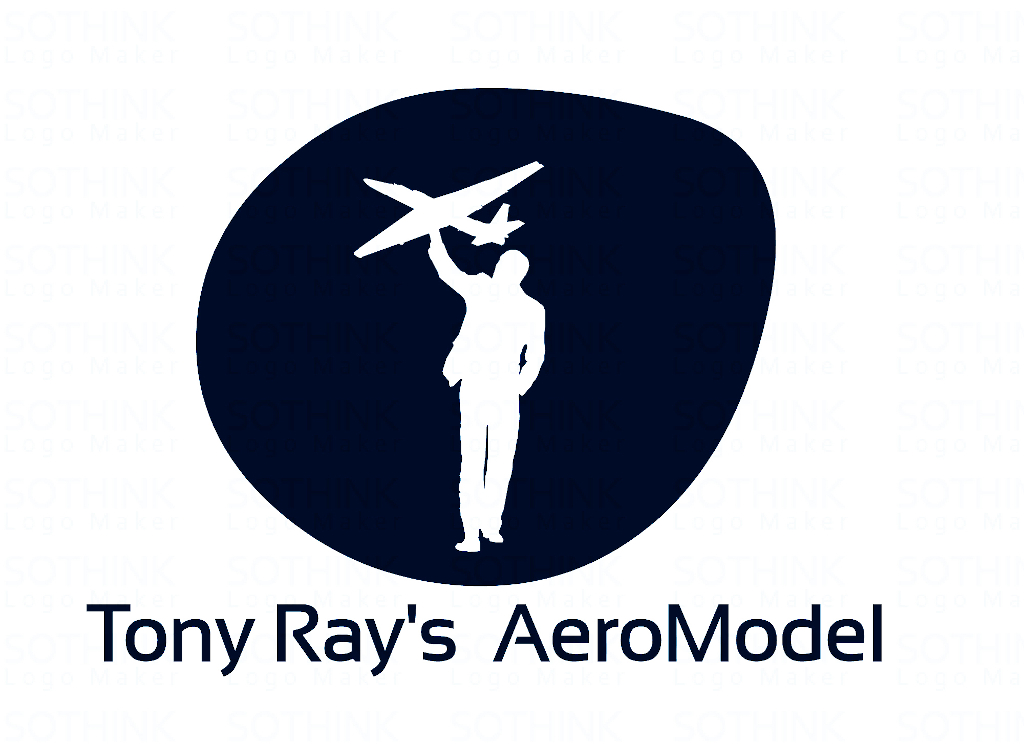