Home Ringmasters Over Phoenix (New York that is!)

Ringmasters Over Phoenix (New York that is!) 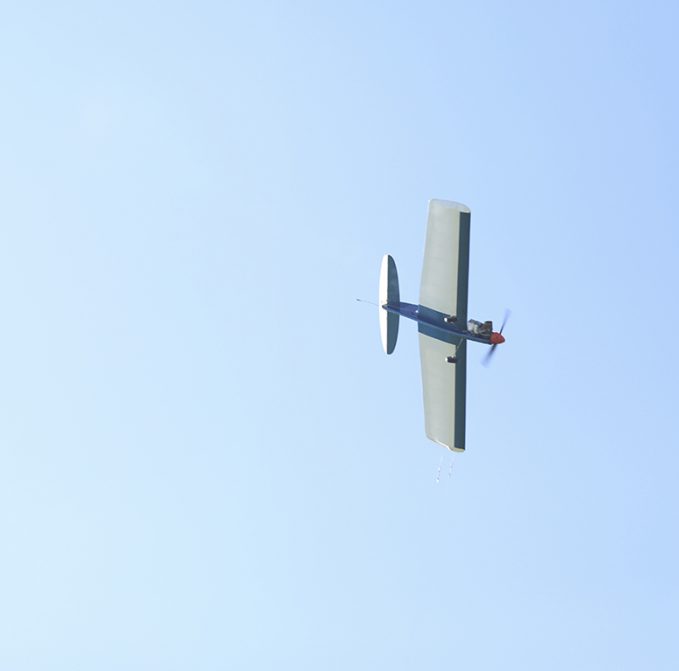 This past Saturday (Oct. 5), I once again hosted the Upstate New York version of the Worldwide Ringmaster Fly-A-Thon at the Syracuse Thunderbirds Aero Radio Society (STARS) flying field in Phoenix, New York. We had a terrific turnout this year with 9 pilots recording 23 Ringmaster flights on 7 different Ringmasters! And unlike last year, we had great flying weather that allowed us to fly all day long.

This event continues to reach out to control liners from across Upstate New York and we were pleased this year to host several pilots from the Finger Lakes Region as well as the Rochester area. With the Syracuse pilots thrown in, it was the largest collection of control line pilots I’ve yet been associated with in this part of New York. The STARS R/C members also made the event even better by hosting lunch for the control line pilots and forming a great audience for the flying antics of the control line freaks throughout the day. Thank you STARS!

We had a great variety of Ringmasters this year which really livened up the event. We had everything from Jim McBride and his Cox .049 powered Baby Ringmaster to Jerry Vasilik and his electric Brodak Ringmaster S1 to Alex & Mike Shubsda and their vintage 1950’s Ringmaster running with a Johnson .35. Alex & Mike had restored their family heirloom Ringmaster and tried to fly it last year, however, the Johnson failed to start. This year it cooperated and I was given the honor of taking it up for its ‘Maiden’ flight. For his part, Jerry had worked thru the night (literally!) to get his electric Ringmaster ready for the event and he impressed everyone with the quality of his build as well as the strong performance of his plane. And everyone was entertained with Jim flying his Baby Ringmaster on 26′ lines after it was hand launched and then watched as his turned it into a lawn dart for landing. It survived with nothing more than a broken prop!

But, Ringmasters weren’t the only control line planes flying yesterday. John Ward impressed everyone with the 3D flying capabilities of his Bi-Slob and Steve Dwyer impressed the R/C crowd with the flight characteristics of his Fancherised Twister and his flight skills in putting it thru the stunt pattern.

There are several short video snippets of several of the flights throughout the day as well as some great photos of the planes and the action included in the FlyBoyz Video below. I want to thank Alex Shubsda for many of the in-flight photos included in this post and FlyBoyz Video. He captured some excellent action scenes! Thanks, Alex!

By the end of the day, everyone agreed that we all had a great time flying Ringmasters and control line and that is what this event is all about. Can’t wait to do it again next year! Enjoy the following video of our 2019 Ringmaster Fly-A-Thon!