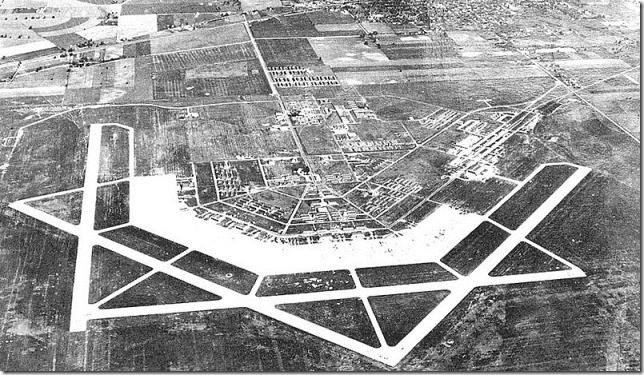 This video is a compilation of two films shot during the September, 1945 airshow at Freeman Army Airfield in Seymour, Indiana only four months after the German surrender, and just one month after the Japanese surrender! Freeman Field was the home of numerous captured enemy aircraft and it was here that the aircraft were stored, studied and evaluated. Many of the remaining captured aircraft have yet to arrive at the time of this airshow. The aircraft are seen both in the air and on the ground and are nothing short of spectacular. See how they conducted an airshow in September 1945! Just taxi the bird up to the people and shut down the engines. Low passes are really low and anything that could fly was flown. To quote one viewer of this video…’What a freaking great airshow!’

Thanks to the Freeman Army Airfield Museum who provided the video. With additional kudos to Glenn Miller (who else!) for the great music.

And special thanks to FlyBoyz subscriber Jim F. who passed this video on to me!

If any aircraft modeler ever wanted inspiration as to what plane to model next, just watch this video as it is filled with dozens of fantastic subjects!

This video also lends itself to a fun little exercise: Name that plane (or helicopter or rocket!). If you recognize an aircraft, just post a comment with the minute/second of the video where the plane is shown and then indicate what plane you have identified. List the plane type and the country of its origin. Have fun!