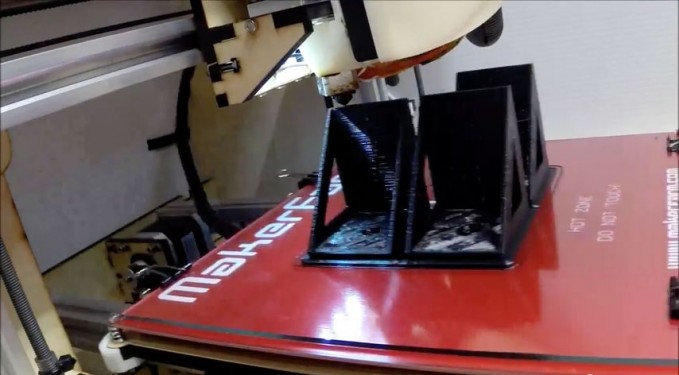 I am not a ‘deep thinker’ or ‘visionary’ when it comes to intellectual insights and commentary on emerging technology developments and trends. In fact, I have often ‘discovered’ some technologies long after they became ‘mainstream’. But while I am far from being on the cutting edge with much of my technology knowledge, I do enjoy keeping an awareness of and following some technology arenas. Along with this interest come some occasional thoughts, however unoriginal or uninspired, on trends and applications of these new technologies. One such area that has caught my attention of late has been the fast developing technology arena of 3D printing.

At the same time, I have always had latent entrepreneurial tendencies that have never been adequately satisfied. It is the intersection of these developing technology interests with applications to emerging entrepreneurial opportunities that excite me the most.

And it is all the above statements that form the basis of this post…that is that I want to present some random thoughts on the application of and opportunities with 3D printing within the aero modeling hobby.

Over the course of my lifetime, I have experienced the personal computer revolution with its profound implications to my life. Besides leading me to a career in Information Technology, I have looked for ways to scratch my entrepreneurial itch through the application of this computer technology. This FlyBoyz blog is as close as I’ve been able to come within this arena.

Another technology that has intrigued me over the years has been laser printing. However, for many reasons, I’ve never been able to do much with this technology other than enjoy the fruits of others efforts at producing some wonderful laser cut model kits.

The most recent focus of my attention has been the emerging technology of 3D printing. I’ve been aware of this technology for a couple years now but have only just recently started looking at it in more depth.

I recently had a conversation with an associate who is interested in model rocketry to the extent of wanting to manufacture and sell some rocket kits. He is building his own a 3D printer and plans to use it to produce rocket nose cones. He was discussing with me how to manufacture body tubes for his kits. His concern centered around producing body tubes with a ‘fish-belly’ shape similar to that seen in 1950’s sic-fi rockets (see photo for an example). He outlined several manufacturing materials and techniques he was considering but all had associated structural or manufacturing issues. Finally, I suggested that he 3D print the body tubes. I said that doing this would not only overcome the issues he had outlined but would have the added advantage that he would also be able to integrate slots for the fins into the body tube. These fin slots could also act as jigs ensuring proper fin alignment and placement. He loved the idea and is now working towards that end.

Then, just last week, I met another aero modeler, Rick Peck, who has built a kit based 3D printer and has been using it to build model airplane parts as well as other components.

Rick sent me details on the 3D printer he uses as well as links to a couple videos he filmed of his machine in operation. Here are Rick’s comments:

‘The machine is a MakerFarm 8x8x8 i3v. It comes as a kit and has to be assembled and wired. The supplier has extensive build videos that anyone that has built an RC aircraft could follow to construct the printer. It uses aluminum channel with a V-groove rather than steel rod and linear bearings like most of the Prussa type machines. The frame is aircraft grade plywood laser cut and held together with machine screws and nuts. I plan to purchase the upgrade kit which will allow me to print 8x12x8. The printer program is generated by slic3r ver 1.17 from a STL file.’

‘The material is 1.75mm ABS extruded at 250 degrees F. laid down on a heated bed at 110 F. I chose ABS rather than PLA because it is less brittle and not as sensitive to water. You can also solvent weld ABS pieces together using acetone. I was building the first set of firewalls for a friend that is doing demonstrations of building FliteTest RC aircraft at a local RC symposium. The second type of firewalls is just because he needed some to complete a project.’

‘While I didn’t have any experience running a 3D printer before building the MakerFarm, my background began as a Machinist and progressed through Prototype/Model Maker, CNC Programmer, and Manufacturing Engineering Specialist for one of the leading medical instrument companies. I use SolidWorks as the 3d modeling program for my own designs and have a version at home. There are a ton of items that can be printed online straight from Thingiverse.com.’

‘Some of the things I’ve made are:

As I mentioned, Rick also provided me with links to two videos he produced. Here are those videos along with his comments about the videos:

‘I set my GoPro to snap a picture once every 5 seconds for the print and than combined them to a 24 FPS video.’

‘I taped the entire build and took chunks out and increased the speed. 2.5 hours compressed into just under 3 minutes.’

Rick’s work is exciting and I will be following his progress going forward. I asked him if he was doing this 3D printing just as a hobby pursuit or if he intended to turn it into an income producing venture of some sort. He replied:

‘At this point just for my own amusement and hobby related items. Between R/C Flying, R/C building and I assistant teach Scuba at a local university one night a week, I’m busy enough.’

But what about cost of entry for those who may be interested in doing their own 3D printing?

From an affordability standpoint, 3D printing is very attractive and will only get more so. The Apple II computer had an original selling price of $1,298 back in April 1977. That translates into $5,070.68 in 2015 dollars. Despite the fact that today’s personal computers cost a fraction of that amount and have vastly more power, capabilities, and applications than could have even been imagined back in 1977, the cost of an Apple II was still pricey back in the day. Even though they have been mainstream for more than a decade now, laser printers are still on the pricy side. While prices vary depending on features and capabilities, a typical laser printer will cost in the neighborhood of $5,000. The JG-13090A Light Ply Balsa Laser Cutting Machine for Model Aeroplanes is an example of one of these machines. It is affordable but not for your everyday modeler. Compared to early personal computers and current laser printers, 3D printers are very attractive in price. One can purchase a kit built 3D printer, such as what Rick Peck did, for an initial outlay of only around $500. Or, one can purchase one of the commercial printers being offered for the home  market. The Makerbot Replicator 3D Printer is an excellent example of one of these printers and currently costs $2,900. Being an Apple Computer person, I have been very interested in and impressed by what I have seen from MakerBot which has been loosely seen as the Apple Computer of the 3D printer industry. MakerBot is on the cutting edge of 3D printing technology for the home market and is trying to emulate much of the early success that Apple Computer had a generation ago. At the recent Consumer Electronics Show (CES 2015), MakerBot announced that they are getting involved in printing with composite filaments — plastic that can be printed, but contains other elements and materials. Revealing the ability to print plastic with bronze, limestone, maplewood and iron inside, it is being called it one of the most exciting 3D printing announcements in recent years.

These filaments will all be compatible with the 5th Generation MakerBot 3D printers, using the Smart Extruder. The company has plans to release smart extruders capable of printing in these new materials. For example, there will be one Smart Extruder that will be capable of printing in metal composites, while another Smart Extruder will be able to print with wood composites. These new material-specific Smart Extruders will be coming to market in 2015 as well. Can you imagine the application of these 3D printed materials to the modeling world?! MakerBot was the recipient of the Best Maker-friendly Technology award at CES for this announcement. It is widely viewed that if MakerBot is getting involved, then the world of 3D printing is most likely going to follow.

For aero modelers, 3D printing opens up a world of possibilities. All aspects of modeling from heli’s, to R/C, to quad-copters, to free flight, and to control line to name just a few are about to experience a new revolution in technology and capability. As an example, Rick Peck has shown how he is playing with new possibilities every day. Just think, a scale builder could design scale details from original blueprints and print them out on his or her desktop. I have already seen ads for 3D printed scale cockpits in model aviation magazines. The possibilities are endless and the flood gates are about to open…it is very exciting!

And for me, one of the most exciting things to watch with this revolution will be the explosion in cottage industries that will rise up to serve the hobby. And who knows, I may yet find a way to scratch that entrepreneurial itch that has been bothering me all these years.

If you’d like to learn more, there is a ton of material available online about 3D printing. Model Aviation ran an article on 3D printing on page 55 in their October 2013 issue. You may want to check it out and can do so by clicking here: http://www.modelaviation.com/3Dprinting