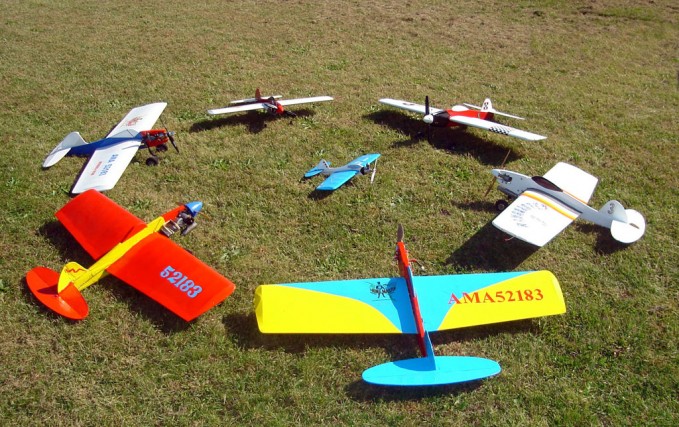 Last month, the 8th Annual Worldwide Ringmaster Fly-A-Thon was held and I have been anxious to report the results here in FlyBoyz. The event was scheduled for the first weekend in October but, due to bad weather nationwide, an extra week was granted to pilots in order to allow them to get in their planned flights. John Cralley, the event coordinator, then had the unenviable task of tabulating the flight results from participants from around the world. Needless to say, this took a bit of time. I received the final results from John two weeks ago but decided to hold off on the publication of them pending a complete event report from John.

John has done an unbelievable job coordinating and promoting this annual event. This year, he even had a feature article appear in the September issue of MODEL AVIATION, the official AMA magazine. This article was timed to promote the October Fly-A-Thon and it worked! John also said that he would write up a full event report, with photos, for publication here in FlyBoyz. I was thrilled to feature his report! To that end, I decided to hold off on publication of the final results and include them with John’s report. Today, I learned that John encountered some circumstances that have delayed his report and so I have decided to break the one planned post into two in order to report the flight results without any further delay. As soon as John is able to send me his full event report, I’ll feature it here in FlyBoyz.

So, in his own words, here are the bottom-line line event results as reported to me two weeks ago by John:

Thank you for sending in your report for the 8th Annual Worldwide Ringmaster Fly-A-Thon. We have set a new record number of pilots and flights! With a total of 3,487 flights we exceeded our Goal of 3,250 flights (last year we had 2,714 flights)! We also recorded a larger increase in the number of pilots with a total of 684 as compared to last year with 456 pilots!

Attached is a PDF file for the Final Grand Tally and also a PDF file for a chart of Participation by Nation. Please share this message and the files with your fellow participants, friends and/or anyone that you feel might want to join in the Fly-A-Thon next year.

We hope you enjoyed being part of the World’s biggest control line Fun-Fly! You and all the other participants have helped promote Control Line Model Aviation and the wonderful hobby of building and flying model aircraft!

I personally along with the Brotherhood of the Ring thank you for your participation.

For the Brotherhood of the Ring Forum

As for me personally, my aviation buddy, FlyBoy Steve Dwyer, and I were able to participate in the Fly-A-Thon on the scheduled Saturday, October 3. Our flights were held at the Syracuse Thunderbirds Aero Radio Society (STARS) flying field in Phoenix, New York. As mentioned, the weather was not very cooperative on that day but Steve and I managed to get in two flights with his Ringmaster Junior sporting a Fox .15. Both flights were made with two pilots participating in each flight. Huh? So how did that work? Steve took off with the Ringmaster for each flight and flew for half the flight. Control was then turned over to me upon which I completed the second half of each flight and then landed the plane. That little scheme ended up garnering us 4 official flights for the event!

Even though we didn’t manage to get in many flights, both Steve and I enjoyed ourselves. And what we enjoyed most of all was knowing that we were participating in a world wide event that had us flying control line with fellow control line pilots from around the world!

Stay tuned for John Cralley’s full event report. As soon as I get it, I’ll feature it here on FlyBoyz for everyone to read and enjoy!