Home A Couple of Freebies

A Couple of Freebies 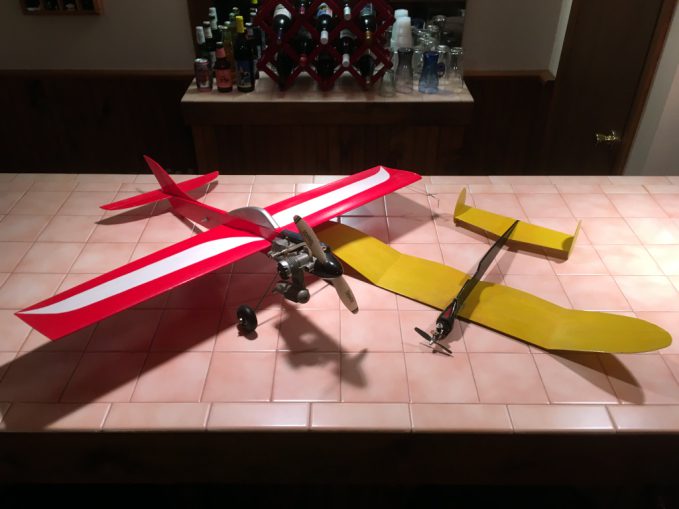 I have apparently gained a little bit of a reputation in the Syracuse area as the ‘Control Line Guy’. To go along with that, I’m also known as the guy who likes vintage model airplanes. Both of those came together just before Christmas when I was contacted by a local hobby resource who told me that he had two vintage model planes for me. And if I wanted them, they were mine for free! I checked them out and they are both now safely residing in my hanger.

The first one is a Top Flite Streak Trainer. I am excited to get this control line trainer as I think it will help me in overcoming the plateau I have reached in my control line stunt development. The plane has a solid wing and appears to be very durable (think crashes!). And it has a good strong engine on it that will pull it thru the entire stunt pattern. Other than a bit of dirt and hanger rash, this plane was in good condition. It has an OS Max FP .20 on it which other than needing a good cleaning, seemed to be totally serviceable.

I stripped all the parts from the front of the plane and gave the plane and all the removed parts a good cleanup. I replaced the used prop with a new one and was about to do the same with the fuel tank since I don’t like reusing old tanks that may be filled with gunk. However, the tank on this model seems to be totally clear on the inside. A flushing of the tank removed very little dirt/debris and all the internal fuel lines work great. Not so for the external fuel lines from the tank to the engine. They were replaced. Finally, I polished up the rusted landing gear and pushrod.

Here are a few photos detailing this plane and the work done on it: 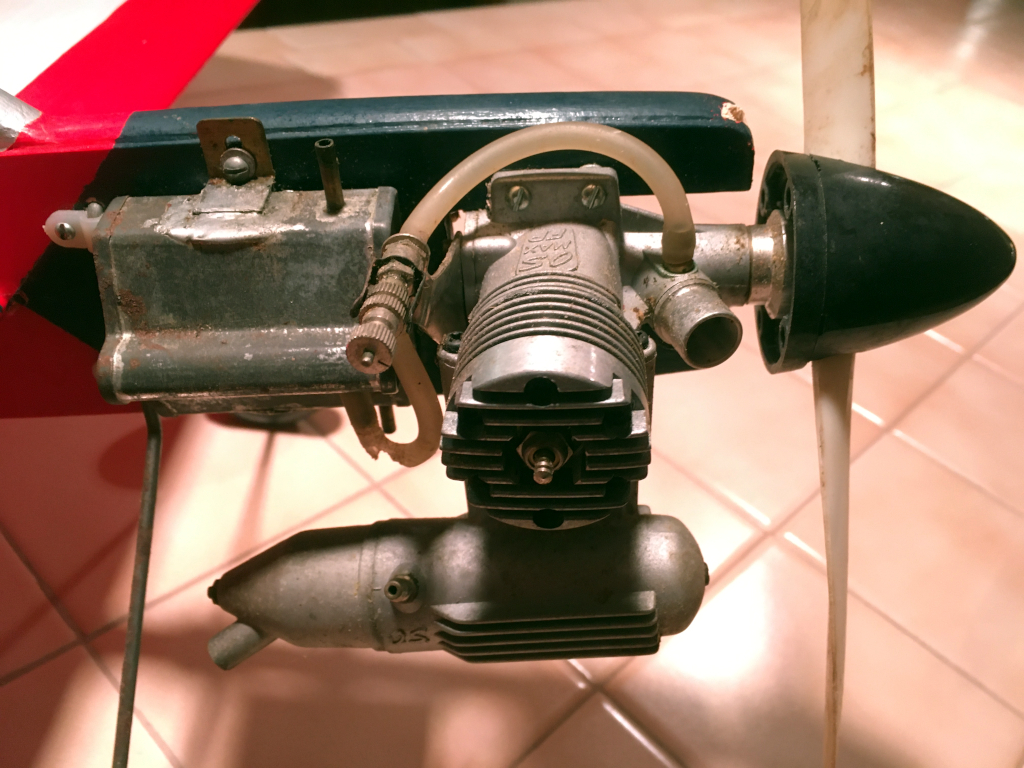 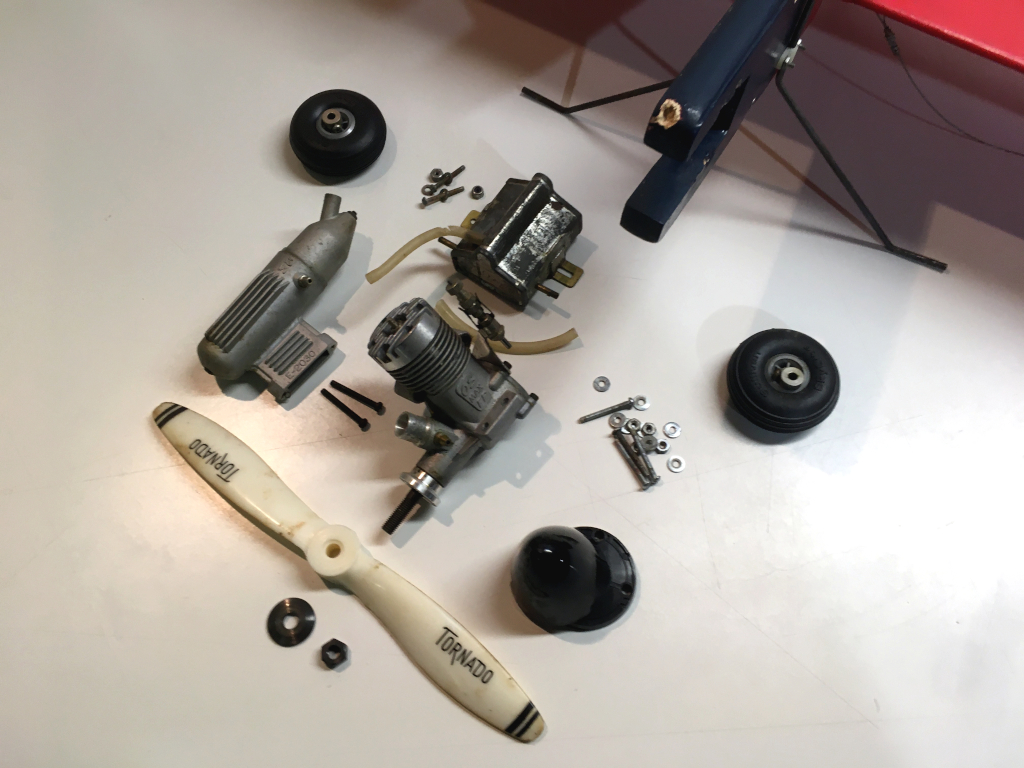 Front end of plane dissembled for cleaning and parts replacement 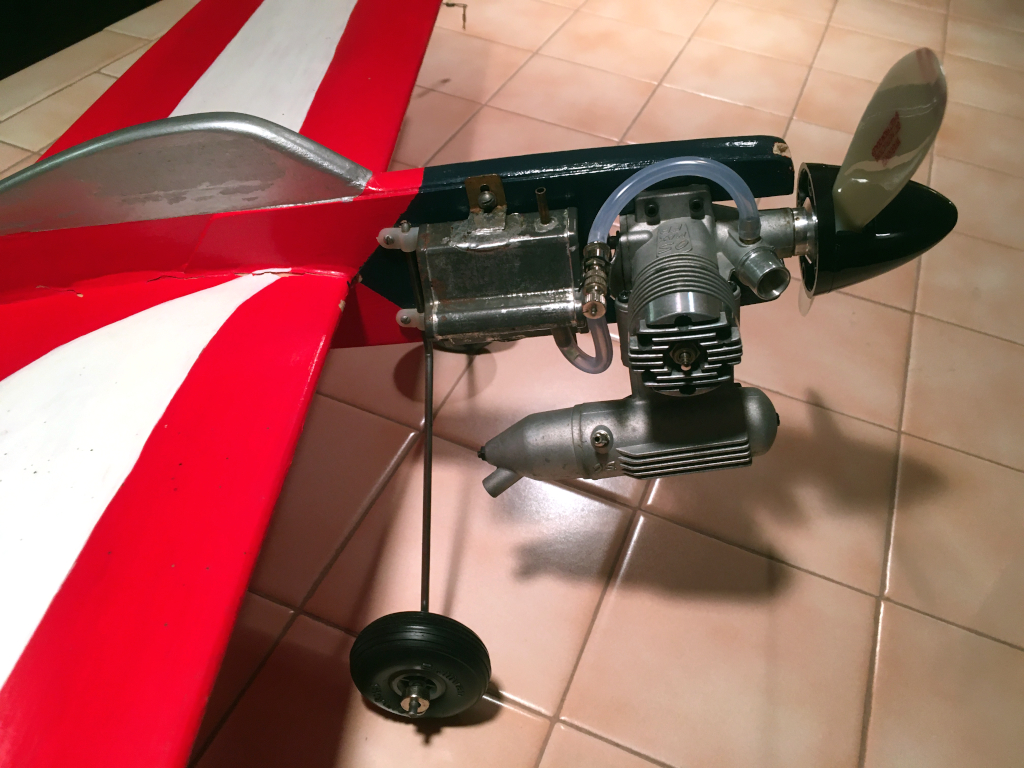 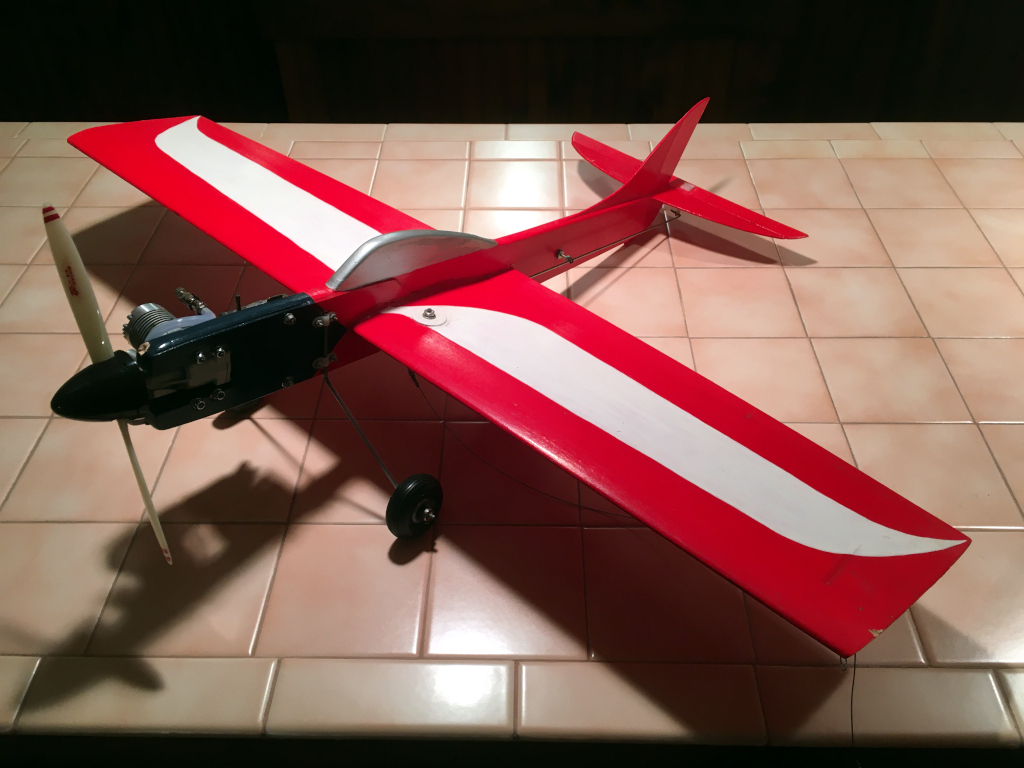 The next model that was added to the hanger is a Free Flight plane of unknown origin. What I liked about it was the Cox .010 engine that was sitting on the front of it! The plane itself was in good shape other than needing a wiping down with some Windex, but the engine was another story. It was seized.

I disassembled the engine in order to clean it and to see if I could free up the piston and crankshaft both of which were seized. Everything went OK until I tried to dislodge the piston from the cylinder. All my normal methods, including ‘cooking’ the affected parts in antifreeze, did not work. In the process, the piston rod broke. It is very fragile and can be seen in the last photo below between the piston head and engine crankcase. The engine is clean enough to use but without a piston it is useless.

At this point, I am on the hunt for some replacement parts. The Cox .010 has been out of production for decades and Cox International says they do not have the parts I need. If I am unsuccessful in my parts search, I can use the brand new Cox .010 engine seen in the box in the last photo. It is one of my collectors .010 engines but I did intend to use it at some point in a plane I intend to build. It just may get used in this free flight plane first. The conclusion of this story is still to be written!

Here are the ‘Before’ and ‘After’ photos of the Free Flight plane: 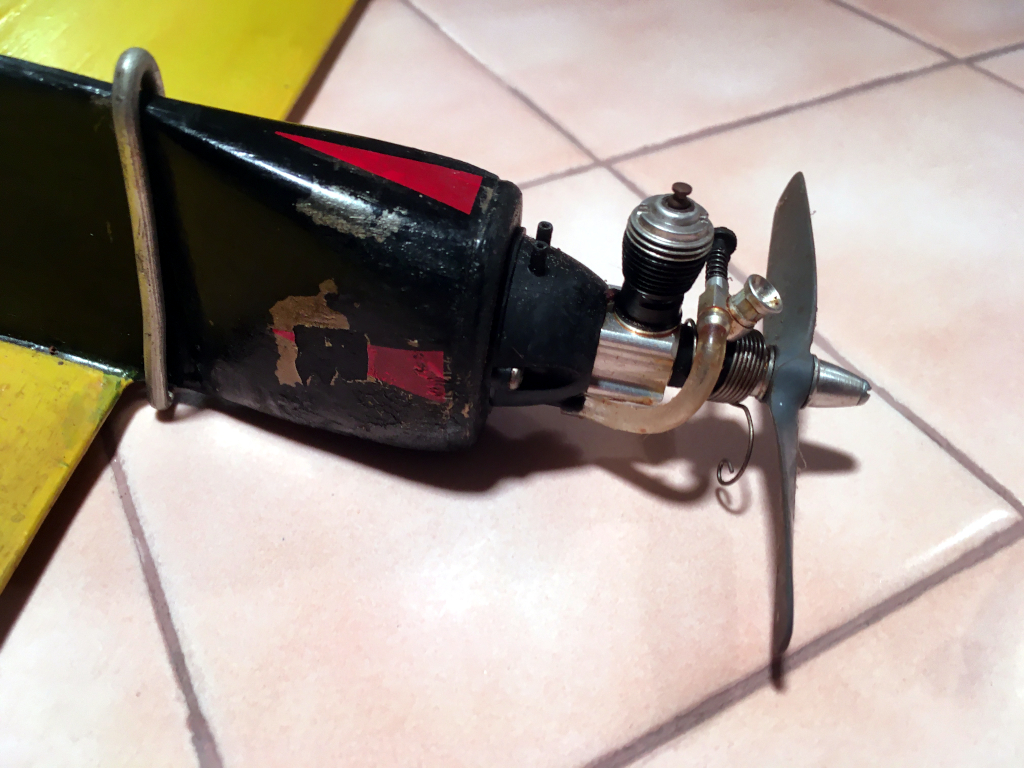 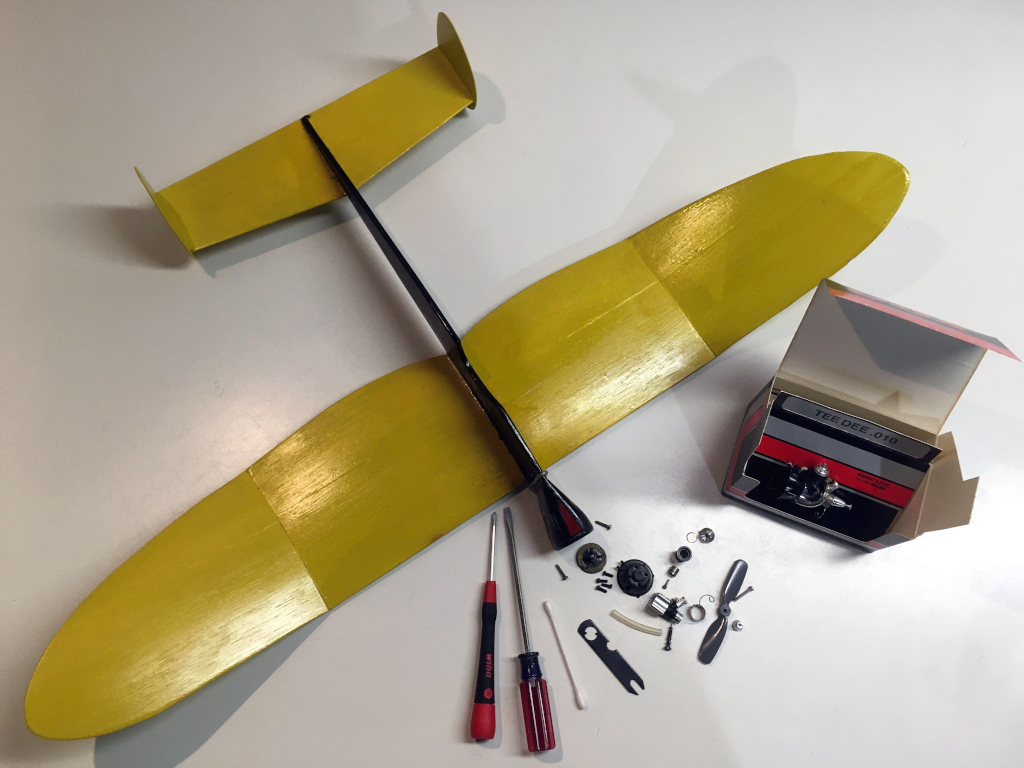 Model cleaned but engine still under repair (or needing replacement)

I always enjoy trying to restore vintage planes to flyable condition. Both of these planes were quick and simple restorations. I am now looking forward to the Spring flying season to put both of these planes back where they belong…in the air!