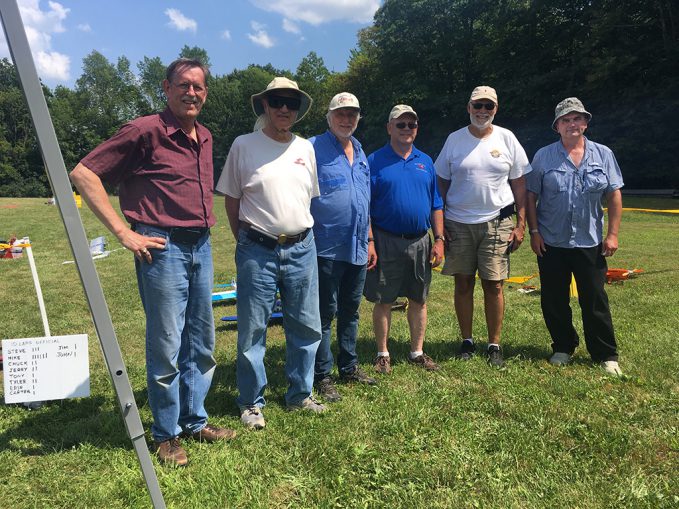 A few weeks ago, I visited the Canandaigua Sky Chiefs who were holding their annual Air Show & Fun Fly. Their event was a bit different this year in that they had a reserved area set aside for control line flying. And it was set up in such a way that the control line area was able to operate at the same time as their R/C airfield. Club member, Jerry Vasilik is to be thanked for this great accommodation for control line flyers!

There was a great amount of activity at the control line area throughout the entire day. And the highlight of it all was the 3 young boys who were introduced to flying! There were two 12 year olds and a 10 year old who all got to spend time with the control handle in their hand and a plane in the air at the other end of the lines. All the boys did great and really enjoyed themselves. All of us more ‘experienced’ flyers were encouraged by the enthusiasm of the boys and hope that a spark has been lit that will cause them to come back to the flying circle sooner than later.

This was the largest gathering of control line flyers in Upstate New York that I’ve been associated with in the several years since I’ve been back into flying. It was really great to see so many pilots and planes all together. Everyone who was there is looking forward to a repeat event.

Jerry Vasilik was behind the camera all day and captured some great photos of the action. Once again, many thanks go out to Jerry for all his hard work in putting together and running such a successful flying event!