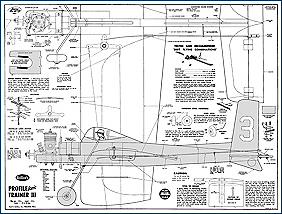 FlyBoyz Member, Steve Dwyer has submitted an update to his last Guest Post in which he provides a status report on the repairs and modifications that he is doing to a small squadron of control line planes in preparation for the upcoming flying season. Here is Steve’s update (with photos). Enjoy Steve’s post and feel free to comment.

It’s been a long winter and as much as I must admit that I have procrastinated about getting down to the shop, I have finally taken the step and as expected found myself fully absorbed in my model airplanes. Leaving off last fall during the Dwyer/O’Neill fly in, Big Red had an engine out while over head (perhaps pilot error in not leaning the engine properly) resulting in the plane going in and destroying the fuselage and some control surfaces. Additionally, on the same day, Big Black was having the control issues similar to what I had experienced 50 years ago on its first flight.

Attached are photos of the progress/repairs to both airplanes. When Big Red came down the force of impact literally shattered the 50-year-old 1/2″ fuselage. Big Red has been rebuilt including replacing the flaps, which were damaged from the crash. I’m not a big proponent of cloth hinges but it was the only solution because I made the fuselage in one piece rather than a split fuse as was supplied by the kit manufacturer PDQ originally. Big Red is ready for a coat of paint and will have the same McCoy .35 Red Head on it except for a new needle valve assembly that I located on line. The old valve tension spring had been broken, one side was missing, in a previous accident back in it’s early days and the needle valve would tend to move and rotate with vibration. Another possible cause for the engine out accident.

Big Black was looked at closely in an attempt to determine the reason it would fly downward once in the air having reached flying speed. I laid out masking tape on the side of the fuselage and with careful measurements discovered the chord of the wing and the chord of the horizontal stabilizer were not on the same line of longitudinal or centerline of the fuselage. The wing had an angle of attack of about 5 degrees and the horizontal stab was off by as much as 9 degrees. Overall the wing wanted to stall the plane and the stabilizer was causing the tail to lift resulting in the nose down problem. I have made the changes and everything is now in the same line of longitudinal including the engine. This was a scratch built from my own plans. As a 13-year-old kid, I didn’t place much emphasis on the importance of angle of incidence or for that matter even know what it was. Big Black is ready for paint repairs and will return to the field with the same K&B Torpedo .36 it had last year. The Torpedo is a powerful engine and I am anxious to see it perform. This engine was given to me last year.

A new addition to this summer’s flying circle will be the Sterling Starfire 42″ another 50 year old bird I dug out of storage. Much of the repair work has been completed as I write this update including repairs to the cracked wing, and replacing the horizontal stabilizer and vertical control surfaces. The wings will be recovered this week with natural #8 mm silk.  It flew with a McCoy .35 but will have a Fox .35 when it returns to the field this year. Big Silver fly’s very similar to a Ringmaster, another old favorite. My younger brother had a Ringmaster that I flew and I liked it. Both planes have good control performance without flaps to assist.

Mike, I’m really looking forward to seeing that P-51. I recall the guys that had this model loved it. What engine do you plane to use? (I plan to use a Fox .35 – Mike)

See you at the flying field.

Steve’s photos:
(Click on the photos to get a larger image with higher resolution)