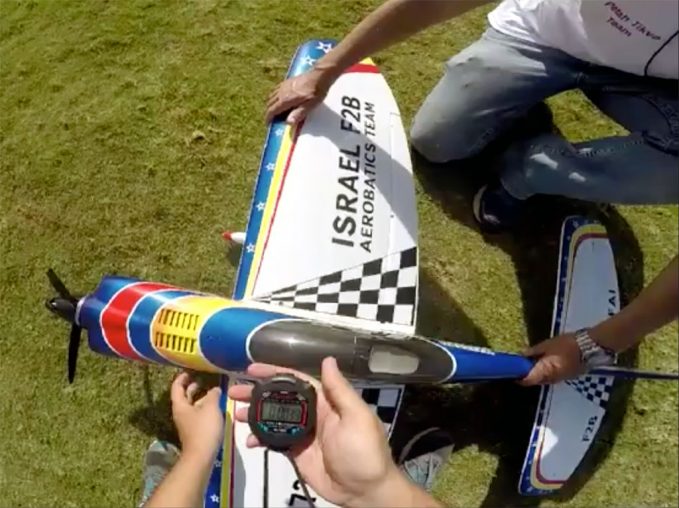 One thing that I haven’t reported on here in FlyBoyz is my recent control line attempts at flying inverted. I had successfully flown inverted on several occasions a couple decades ago but then I gave up the model airplane hobby. When I re-entered the hobby, one of my goals was to pick back up where I left off in the development of my control line aerobatic flying. However, I found that I had, for some reason, developed a mental block to going inverted. My several inverted attempts last year had all resulted in fatal crashes some of which I did report on.

At the start of this new flying season, I determined that my first flying goal was to overcome the inverted barrier. Some coaching from my fellow control liners helped to identify what I was doing wrong in my inverted attempts. I also surmised that I needed to get some flight time by myself where I could just focus on what I was doing. Up to this point, whenever I flew, it was with someone and I felt that I was more focused on who was watching rather than on my flying. A couple weeks ago, I was able to get a solo flight session and it worked! Over the course of the evening, I successfully went inverted 12 times and I brought my plane back home in one piece! The ability to focus my attention had been the key difference in this success.

The next day, in an attempt to show off my new ‘skill’ to my flying buddy while he filmed it, I promptly crashed on my first attempt to go inverted! It was the focus issue again. So, after yet another plane repair, I went back to the solo approach. And again it worked. Last weekend, I went solo and during the course of several flights, I successfully went inverted 15 times. And the plane came home in one piece again!

Yesterday, I went back out in a late attempt at getting in a few more inverted flights. I had watched the weather throughout the day on the STARS weather cam go from 0-4 mph winds to gradually increase to low double digit numbers by 6:00pm when I arrived at the flying field. The wind at the STARS has a habit of being gusty so any wind at all can be problematic when flying smaller planes like my Super Clown. I decided to fly anyway. My first flight was a normal shakedown flight. The plane did encounter a few gusts which buffeted it a bit but nothing which I haven’t dealt with before.

During the second flight, I decided I’d pick back up on my ‘inverted flight school’. About 1/3 of the way into the gas tank, I went inverted but it was not pretty. I was all over the place but managed to get stabilized in an inverted mode. I made a couple inverted laps but was up pretty high so I decided to slowly bring the plane down to a lower altitude. I was about 10 feet up when the plane hit another wind gust which pushed it down. When a plane gets pushed down, you naturally compensate by giving up which I did. OH, WAIT!! Up is DOWN when flying inverted!! Yep, I flew the plane right into the ground!

Another nose-in which buried the engine in the ground yet again. But the damage was minimal. The plane itself suffered zero damage which I am taking as a testament to the reinforcement I just added to the fuselage after the last crash. I did lose another propeller which is no biggie, but I did find a weak point in the engine. The new plastic backplate with the needle valve assembly which I had broke on a previous crash broke once again (see photo). This is the second backplate to break on this engine so apparently it doesn’t like high speed nose first encounters with Terra Firma! Go figure! I also suffered a split in the fuel line where it is attached to the fuel tank (see photo). Also no biggie. So, after all this, I saw a video today which showed me what this flying of mine is supposed to look like. The idea of control line F2B aerobatic pattern flying is to perform a series of prescribed maneuvers in a set time period. Everything is a maneuver from starting the engine until the model rolls to a standstill at the end of the maneuver. This video was filmed with a GoPro camera from the pilots viewpoint and what it shows is that this guy is GOOD! I really like the point of view that this is filmed from as it allows you to see (and study) the hand movements that he uses to control the plane thru all the various stunts. Hopefully, by watching this video, I can learn some techniques that will help me in my attempts to fly inverted and then continue on with learning the rest of the stunt pattern.

In the meantime, after watching this video, I am totally embarrassed at my meager attempts to even fly inverted!! LOL!!