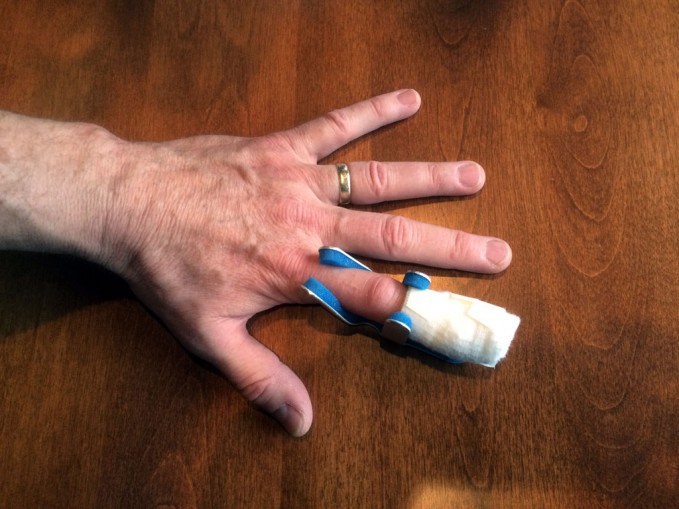 Over the past two years, my re-entry into aviation has been a string of one positive experience after another. However, every now and then, I do encounter something that is less than positive. Mostly, I put them aside and move on to look for the next positive experience. Over the weekend, I experienced one of those ‘less than positive’ experiences, and in the vein of full disclosure, I want to share it with you. There is a lesson to be learned and hopefully my sharing can help prevent someone else from making the same (dumb!) mistake.

In anticipation of good flying weather over the past weekend, I drove to my clubs flying field after work Friday night to check out the field conditions for the Control Line (C/L) flying area. While my hopes were high, I found what I expected to find…the C/L area still looked a lot like Onondaga Lake. I doubted that I’d be flying over the weekend…or for a couple weeks for that matter.

By Sunday, reports from the R/C field, along with my anticipation of getting in some flight time with my Mustang, raised my expectations. So, late in the afternoon, I took my Mustang to the field on the off chance that the C/L area had dried up enough to fly from. It had not. There were 3 R/C club members still there who had just finished their flying sessions from the R/C field which was in good shape. One of them suggested I fly from the R/C field. With assurances that all the R/C guys were done flying, I set up the Mustang. My first flight got off to a less than stellar performance but ended with a grand flourish. The flight started with the engine running too rich so that I was getting no power. About 8 laps in, the engine appeared to lean out a bit with more power. So after 2 more laps, I decided to try a high loop. At the top of the loop the engine decided to start sputtering and lost all power. The Mustang started straight down and I lost all line tension!! I ran backwards to regain line tension. At the very last instant, I recovered tension and gave full up. The plane pulled out of the dive into an almost perfect 3-point landing and rolled out right in front of the 3 guys! It was Epic!! And control liners everywhere would have been proud of my recovery and landing! LOL!

I started the engine again with the assistance of one of the R/C guys acting as ground crew by holding the rear of the plane. I was in front of the engine starting it. Once running, I adjusted the needle valve by reaching around the prop (bad idea!). I got the engine running great and then removed my hand from around the engine. However, my lack of depth perception did me in. I misjudged the prop arc and pulled my hand back into the prop. It hit my finger so hard it stopped the engine (an O.S. MAX 25LA-S spinning a 9” diameter wooden prop at full torque!). It caught the tip of my left forefinger. I literally thought I cut the entire tip off. The tip was still there but it cut at a diagonal across the top of the finger making deep cuts around the top and bottom of the finger nail and effectively cutting off the entire nail including the skin under the nail. My ground crewman and I did a field dressing on the wound then I packed up and headed home.

I changed the dressing at home and debated whether the finger needed stitches and a doctors attention. Finally at 8:30pm, I decided a trip to Urgent Care was in order. They X-ray’d the bone (no problems there), gave me a tetanus shot, and an antibiotic shot in my butt that hurt more than the finger. Then they decided to glue the cuts back together rather than stitch them (if that glue works, I’m gonna start using it on my models instead of CA!), and they left on what was left of the nail to act as protection for the tip. I will ultimately lose what remains of the nail. They bandaged me up and put my finger in a splint to protect it.

My finger will be out of commission for a couple weeks but I’ll live. However, the prop won’t…my finger broke off the tip and splintered one of the prop blades! My only other worry was the Clubs’ Safety Officer. I didn’t want him to hear about my stupidity, but thanks to Facebook, my cover got blown!

Moral of the story: next time, I will adjust my needle valve from behind the engine like I should’a in the first place.

And a special thanks to my ground crewman (you know who you are!) for lending me medical assistance at the field. It was much appreciated.