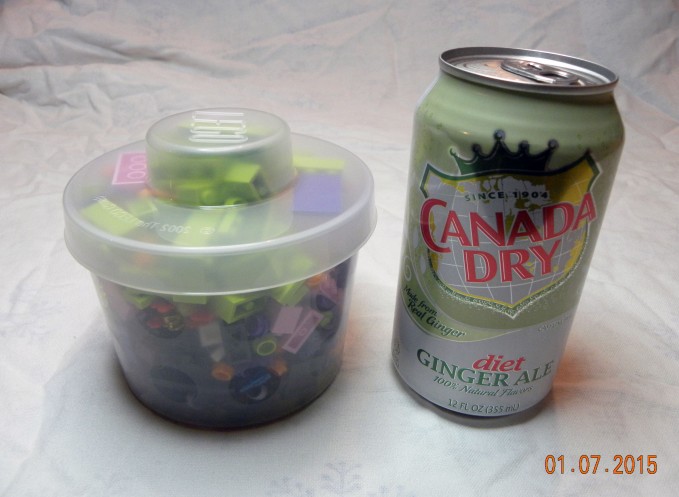 So after taking a week off from FlyBoyz, I come back and write a post about Lego’s?!?! What’s THAT all about?! Well, at the risk of losing some FlyBoyz readers forever, here goes!

While visiting some friends over the holidays, we had a few minutes to kill in a local mall while waiting on a restaurant table, so we wandered into a nearby Lego Store (the Apple Store was too far away!). The back wall of the store was full of bins of speciality Lego’s which you filled a cup with and then you paid for the cup of Lego’s. I wasn’t paying much attention to these Lego’s until I spotted one of the bins full of small rubber tires. Tail wheels! I immediately realized that these tires would work great as tail wheels or small main wheels on any small plane be it free flight to electric R/C. So I put a few in the cup. Well, actually, I put 30 in the cup! The tires are missing their plastic wheel centers without which attaching an axle or wheel strut to the tire will be difficult, but Lego sells the wheels, they just weren’t featured on the bin wall that day. I do believe I’ll be raiding my sons Lego stash for these wheels as needed. After finding the tires, I started scanning the Lego bins to see what else I could find. Before long, my wife and our 2 friends, along with a young female store employee were going thru the bins to see if there were any other applications for these parts to my model building. On a humorous note: I asked the young lady if she knew what a stick and tissue free flight plane was and she replied ‘Yes….um, well, actually, no, I don’t’. I assured her she was not alone!

I then found a bin of ‘jet engine pods’. I had already made use of one of these this past summer when building my control line Mustang. I needed a fairing to keep the (glow) engine exhaust from getting into the wing slot where the elevator pushrod exited the wing. I found that by cutting the Lego jet engine pod in the correct way, it made a great fairing. I put a handful (30!) of these engine pods into the cup. By now, the search was in full swing and the 4 of us were like kids in a candy store (er…a Lego Store) looking for modeling treasures. We found Lego’s that will lend themselves to use as cockpit joysticks and control yokes; various translucent color Lego’s that would work as landing, marker, or strobe lights; and Lego’s that will work as machine gun barrels or radio antennas/masts and steps. We managed to fill half the cup with more Lego speciality pieces than I think I will ever use (the other half of the cup was filled with pieces for the grandkids use). Total cost for this treasure cup of ‘scale’ parts…$8.95!

Through my use of the jet engine pod last summer, I found that the Lego’s are easy to work with and modify. They can easily be cut to size or shape with typical modeler tools, they can be glued and painted, and they are made of strong and lightweight plastic so they are both durable and don’t add significant weight to a model. Most of the Lego pieces that I selected would need some modifications to be used but that would be an easy task to accomplish.

Some may scoff at the use of Lego’s when building model planes, particularly ‘scale’ model planes, but I think they have a place in the modelers toolkit. They can either be used as is, or they can be modified, or they can form the base structure of a more detailed scale piece. If you have a Lego Store nearby, stop in and check out the ‘modelers’ wall at the back of the store…or, rummage thru your kids Lego’s. You never know what treasures you’ll find!