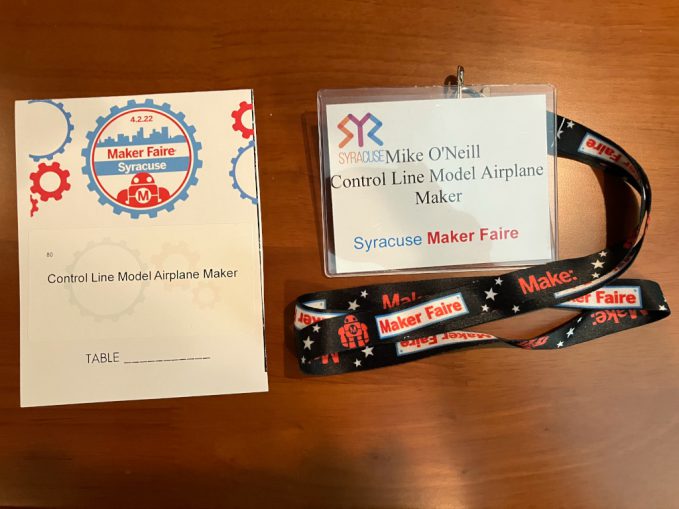 Over the past several years, I’ve become a big fan of the Maker Movement. To the point where my main consumption of video and audio entertainment is comprised of Youtube or other online streaming Maker-related videos and Maker-related audio podcasts. So, I was very excited when I found out that Syracuse was hosting its’ first-ever Maker Faire. For the uninitiated, a Maker Faire is ‘…a gathering of fascinating, curious people who enjoy learning and who love sharing what they can do. From engineers to artists to scientists to crafters, Maker Faire is a venue for these “makers” to show hobbies, experiments, projects.‘. They call it ‘…the Greatest Show (& Tell) on Earth – a family-friendly showcase of invention, creativity, and resourcefulness.‘.

I decided that I wanted to participate in the Faire as more than an attendee and that my Control Line model building might be a good candidate for becoming an exhibitor at the Syracuse Maker Faire. I thought this might be a great opportunity to show others not only what model airplane building (making) was all about but also to highlight the Control Line aspects of the hobby. So I applied to be an Exhibitor…and I was accepted! The application process culminated when I went onto the Faire website and found a thumbnail of my application photo on the Faire’s website! A click on the thumbnail took me to an entire page dedicated to a presentation of my exhibitor information including photos, video, and even my bio! I was not expecting this sort of exposure! Here’s a look at what I found on the website: 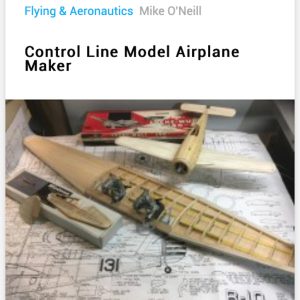 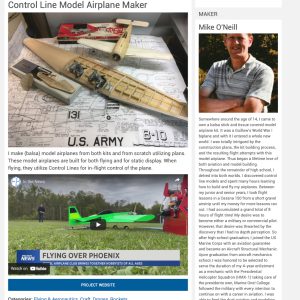 The Maker Faire was held on Saturday, April 2 at the Onondaga Community College (OCC) SRC Arena. Over 70 exhibitors were there displaying and explaining their various Maker projects. The event was a definite success. The Faire organizers were hoping for 1,000 attendees. By the end of the day, they announced that over 1,200 attendees had enjoyed the event! Here are a couple photos of the event floor in action. 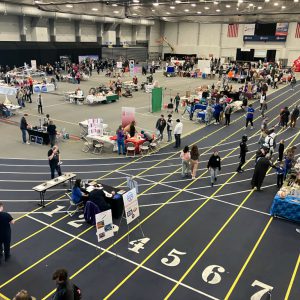 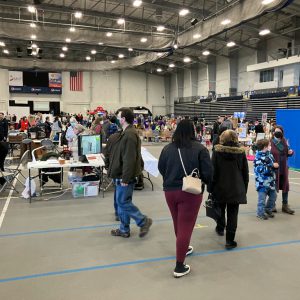 While the exhibitors included an eclectic range of Makers, my focus was on the aerospace-related exhibitors which included a large display put on jointly by the Syracuse area Radio Control clubs and the Syracuse Rocket Club. 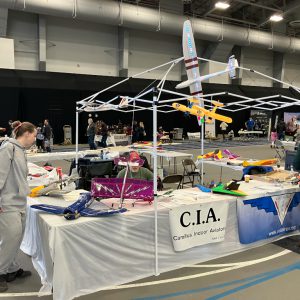 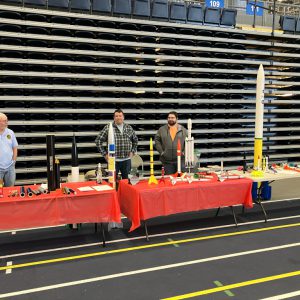 And of course, I was there with my FlyBoyz Control Line display. 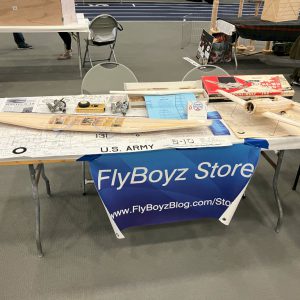 I was very pleased with the reception that my display received. Throughout the event, I had a steady flow of interested attendees asking questions about my planes and model building. To the point that I was losing my voice by the end of the event. The comments ranged from the older crowd declaring ‘…this is OLD SCHOOL…I did it as a kid!’, to the uninitiated expressing amazement at the level of detail and amount of time required to build what they were seeing, too many folks saying they wanted to check out the FlyBoyz blog and learn more. But to me, the most satisfying was comments made by several younger attendees who had never heard of this kind of model building and flying before and thought it sounded ‘Cool!’. And that included these two guys who attend a local Vocational Technical High School. They lingered for a long time and had some great questions. They each left with business cards to the blog so they could learn more. 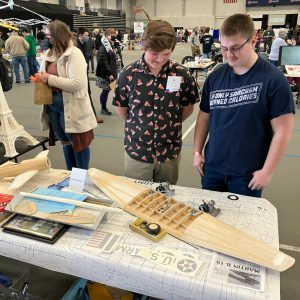 By the end of the day, I felt that my goal of showing others not only what model airplane building (making) was all about but also highlighting the Control Line aspects of the hobby was a success.

If you have any interest in ‘making’ things, I would encourage you to check out the Maker Movement which is gaining traction across the USA. And if you have the opportunity to attend a Maker Faire, I would highly encourage you to attend. You will enjoy what you see and learn there and you may find yourself discovering a new Maker opportunity for yourself! I’m looking forward to next year!