Plastics!. Explorations into yet another model plane related hobby. 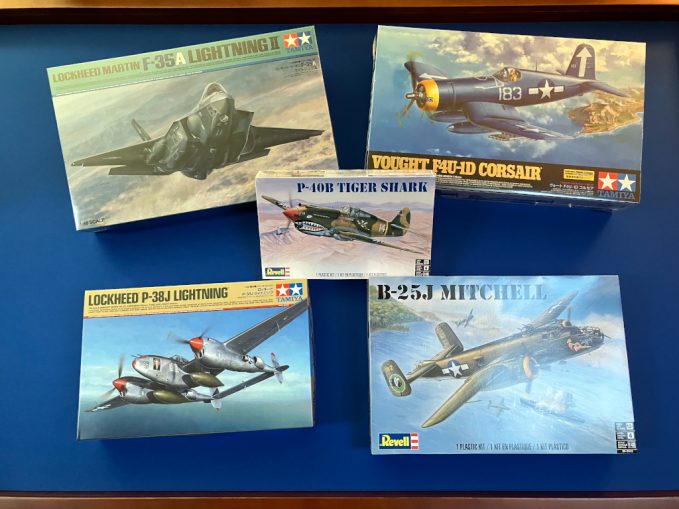 A year ago, I published a FlyBoyz post (Focus) in which I mentioned that one of my other interests was building plastic model kits, specifically plastic model airplane kits. Up to that point, my interest was merely a sideline with a few plastic kits left over from years gone by. However, my activities with the FlyBoyz Store have brought me into occasional contact with a variety of other (mostly older) plastic plane kits, some of which caught my attention and were added to my personal collection. And then I discovered Tamiya kits.

Tamiya (a Japanese company) has been around for a long time and while I was familiar with the name, I was largely unfamiliar with their products. No longer! I discovered the high level of detail along with the excellent engineering and fit & finish associated with their modern kits and that really attracted me. They are considered by many in the hobby to be one of the top-tier premier plastic model kit manufacturers. The Tamiya discovery caused me to investigate the current state of the plastic model airplane hobby and I was genuinely impressed with what I found. There are many companies producing excellent plastic kits that are worthy of building consideration.

As an example of what I found during my investigations, I have here a comparison of two kits that show the evolution of the hobby over the years: 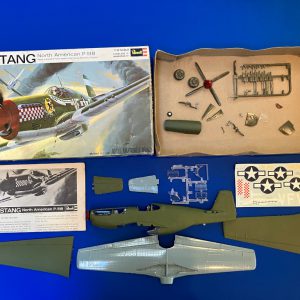 The first kit is a 1969 Revell 1/32 scale P-51B Mustang kit. I started building and painting this kit in the early 1990s. Note that there are not a lot of parts with this kit. The detail on the parts is good but the overall kit itself is rather basic and simplistic. I may actually finish this kit in order to gain some experience painting plastic models with an airbrush. 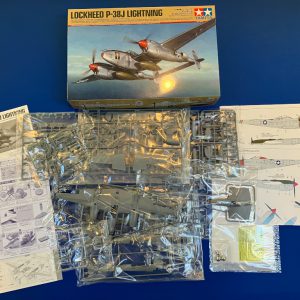 The second kit is the current 2022-released Tamiya 1/48 scale P-38J Lightning kit. Notice the NINE sprues that are loaded with parts…more parts than the larger 1/32 scale Revell kit. And the detail of the parts is fantastic! Large schematic drawings of several aircraft paint variants, detailed building instruction booklets, and even round ball-bearing weights to go in the nose of the plane to ensure it balances correctly while on static display are all included.

The advancements in plastic kits over the years caused me to consider delving more into actually building some plastic kits. So, I recently purchased the Tamiya 1/48 scale P-38J Lightning kit along with a couple other Tamiya kits (F-35A Lightning II and Avro Lancaster B Mk.I/III) and I’m really looking forward to beginning work on them.

Here is a photo of my current collection of plastic kits. It includes both older kits and some brand-new kits (also shown are a few rocket kits). 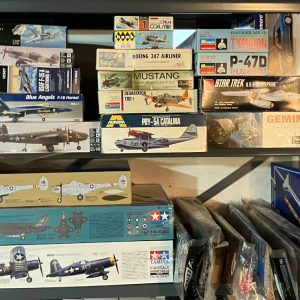 I plan to start my building activities with the older kits as a means to learn and hone my plastic-building skills before diving into some of the more sophisticated new kits. To that end, I have been working on this 1960 Monogram 1/32 scale Gulfhawk kit. It was partially started by a previous owner. This is causing me to correct or work around some of the issues brought about by that former builder but it is a good learning experience. In the future, I will publish occasional updates on some of these old and new kits as I complete them. 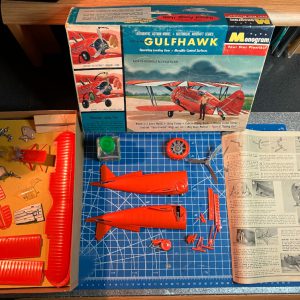 I have also recently learned one other very important aspect of the hobby and that has to do with scale. My daughter works on the current Lockheed Martin F35 program so I purchased an Academy (a Korean kit manufacturer) 1/72 scale USAF F-35A Lightning II kit to build. 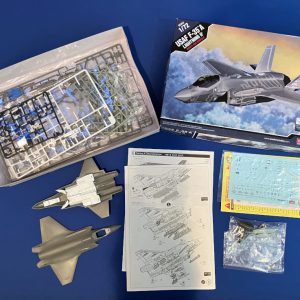 This is a modern kit with all the excellent features I’ve mentioned but I found that with my shaky hands and bad eyes, there is no way I can build such a small-scale model. There were even a couple cockpit detail parts that were literally the size of the head of a pin. When trying to position them into place, they flew out of my tweezers and have never been seen again! So I put the kit aside uncompleted. And I determined that I will only build 1/48 scale or larger kits going forward. And then Tamiya announced the release of their brand new 1/48 scale F-35A Lightning II kit! It was just released to the market in November and I grabbed one!! 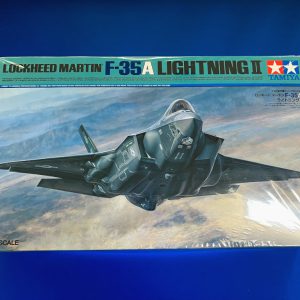 After the new Tamiya F-35A kit arrived, I did a size comparison between the 1/72 vs. the 1/48 scale planes. I do believe that the new Tamiya kit will be much more workable for me. 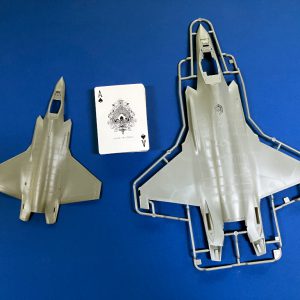 And so, after all this is said and done, it leads me back to what I posted about here in this blog a year ago…I still have a problem with FOCUS!

P.S. After I finished preparing this post, the Korean War Naval Aviation movie ‘DEVOTION‘ was released. I went to see it after which there was no way I could resist purchasing the Tamiya 1/32 scale Vought F4U-1D Corsair plastic kit they sell. To say that it is an Awesome kit is an understatement! 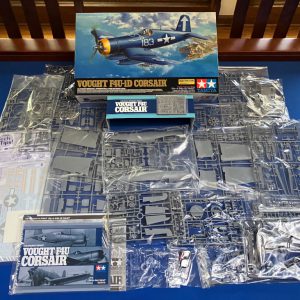 Tamiya 1/32 scale Vought F4U-1D Corsair. This one is a BEAST with 17 sprue’s of plastic parts + 1 sheet of photo etched parts!!