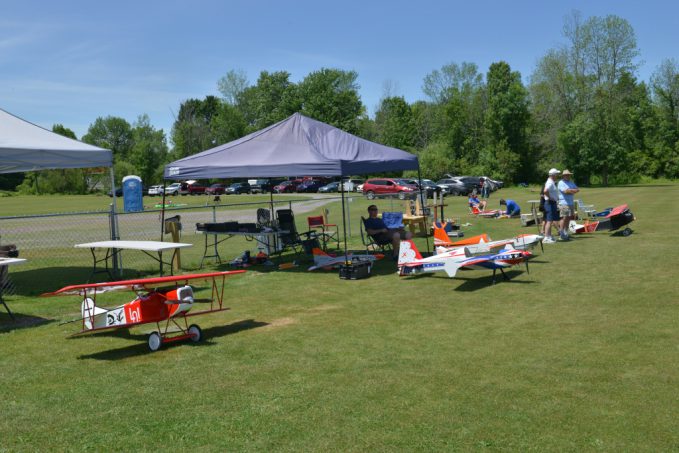 Last Saturday, my local club, the STARS (Syracuse Thunderbirds Aero Radio Society), hosted it’s first post-COVID flying event! It was a members only Family Fun Fly meant to get club members back together once again after a too long hiatus from organized club events. And by all measures it was a rousing success! A good number of club members brought their families and planes and not a mask was to be seen all day long! It was just like ‘old times’!

The weather cooperated with the sun shining and dry field conditions that had the R/C flight line going throughout the entire day. A morning breeze dissipated by early afternoon enabling me to fly my control line planes from lunchtime onward. Speaking of lunch, it was a catered event and the club is to be thanked for treating everyone to some great food!

The flight activity went pretty much non-stop throughout the entire day and into the evening. For myself, I was active on the control line field throughout the entire afternoon. I had brought a variety of my planes to display, from a couple 1/2A planes all the way up to a Jetco Shark that will be .60 powered when completed. I did some demo flights with my Ringmaster and later on did a couple flights with my new SIG Akromaster trying to get the OS .15 engine tuned. But the main activity on the Control Line field was introducing others to Control Line flying. My Ringmaster was busy introducing four ‘newbies’ to the joys of control line flying. Two veteran flyers got behind the lines again after being away for decades. But best of all, two young flyers (12 and 14) got behind the lines for the first time. Everyone did great with no crashes. One of the ‘veterans’ even managed an (assisted) loop just before the fuel ran out and the engine quit. He made a very quick, but good, landing! Everyone commented  that what they enjoyed the most was that they could ‘feel the plane’ during the flight. And one of the first timers commented that his experience made him realize that flying control line was “no joke”. Bottomline, everyone was thrilled by their experiences!

What follows are photos of the scene at the STARS throughout the day. Everyone is now looking forward to the 42nd Annual STARS Model Airshow coming up this year on August 14. 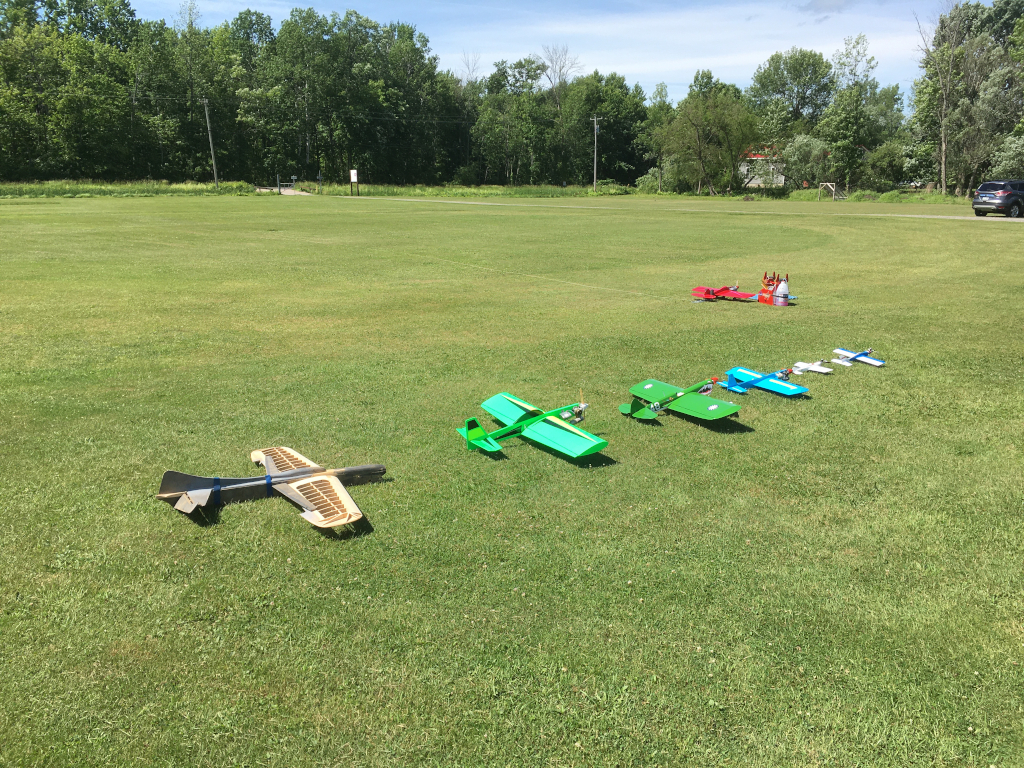 My Control Line Squadron on display 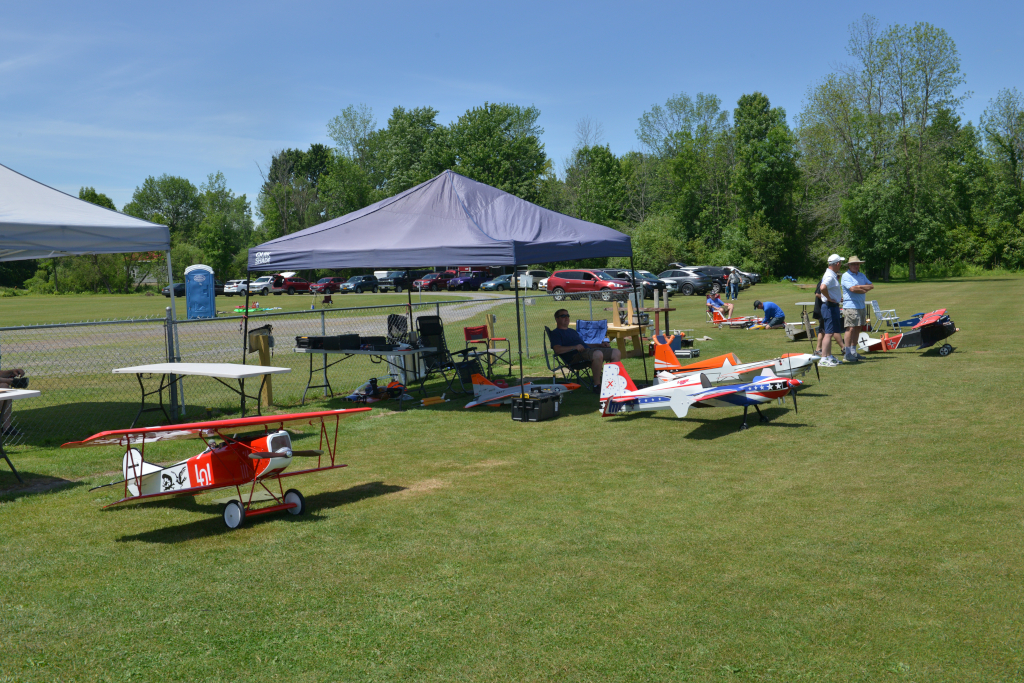 The STARS scene early in the day 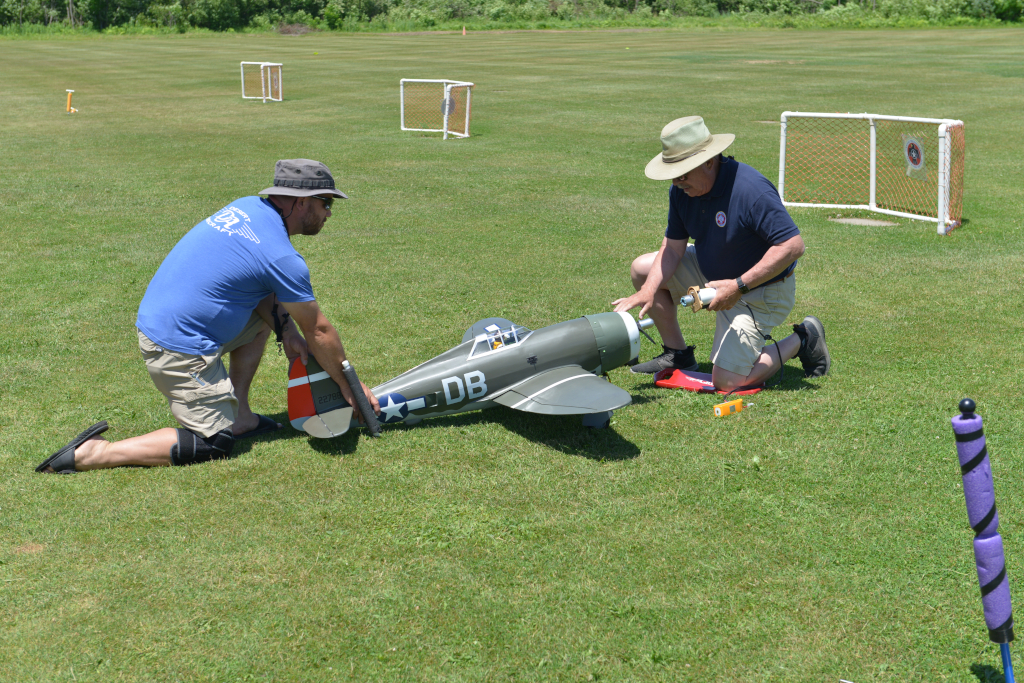 Jeff and Bob get Bob’s P-47 ready for flight 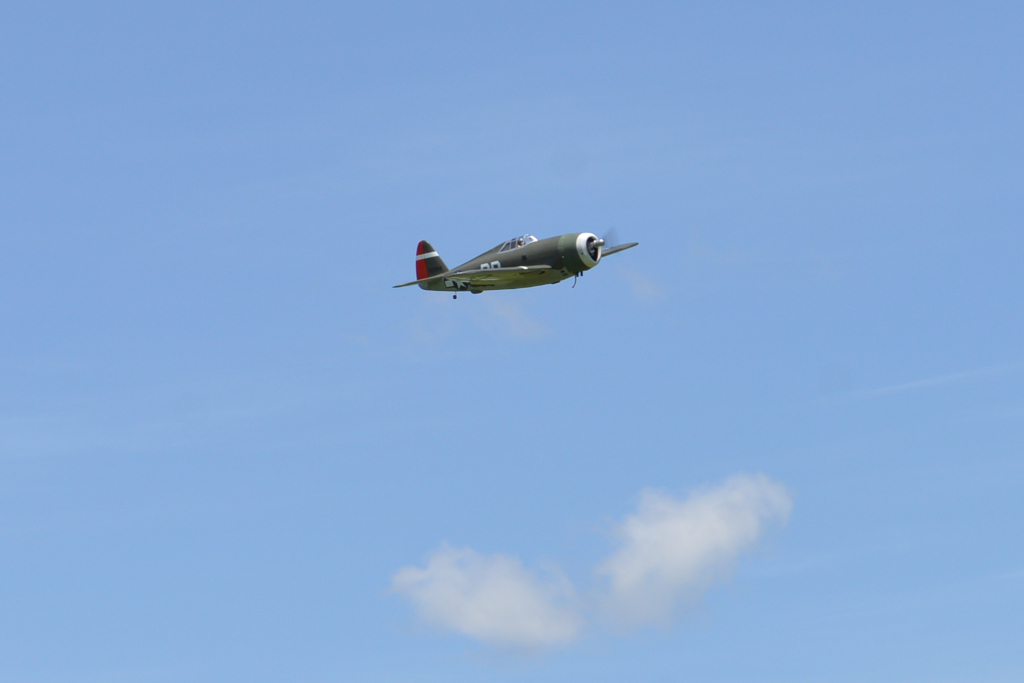 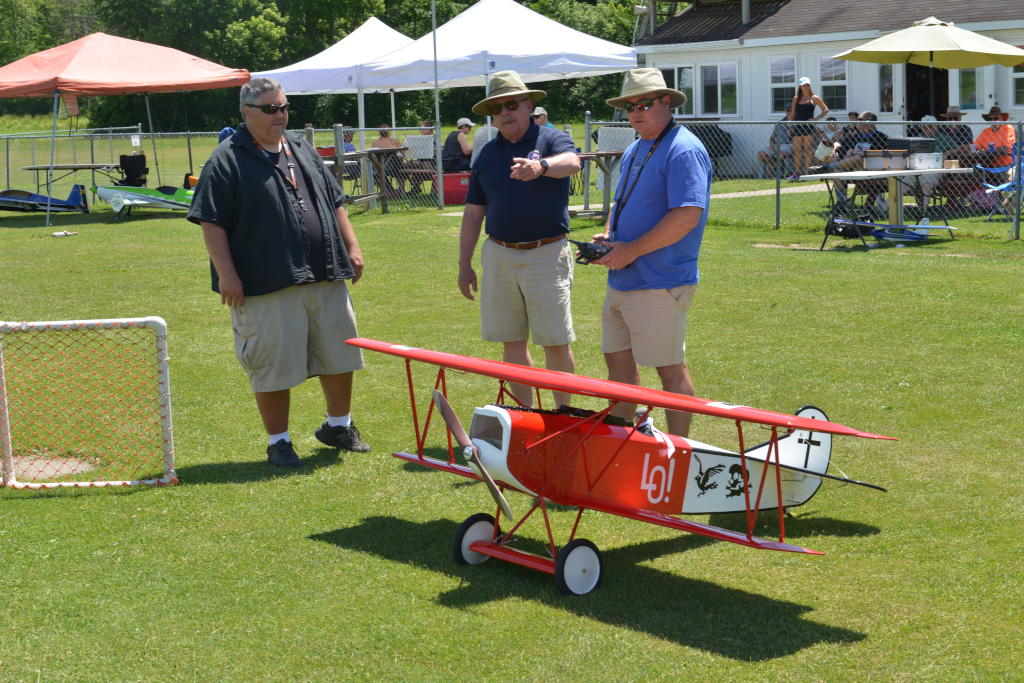 Preparing the D7 for another flight 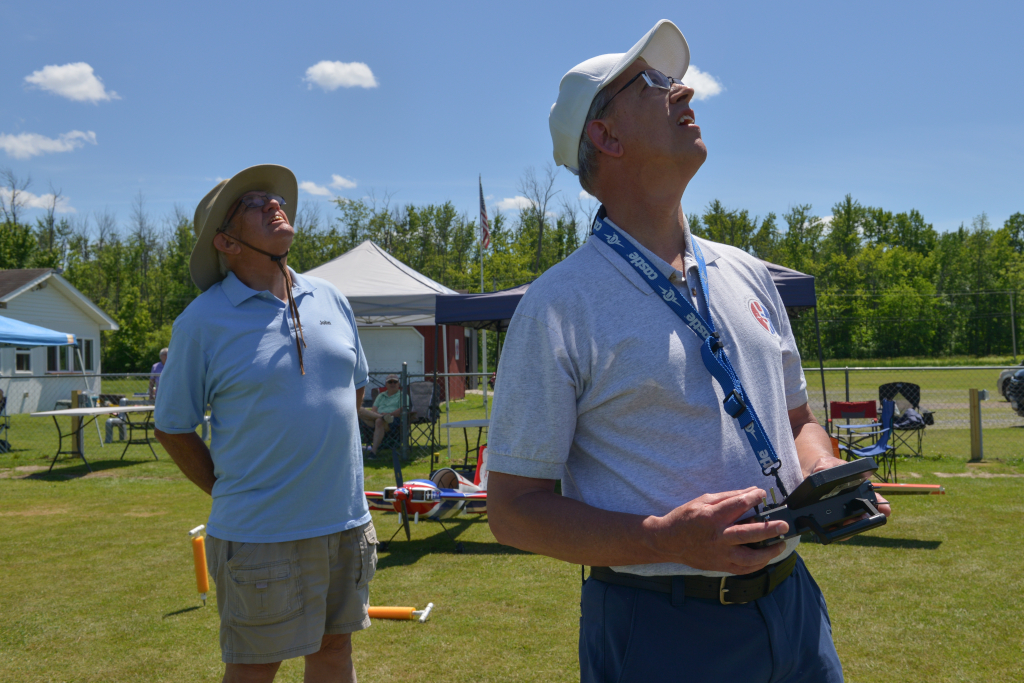 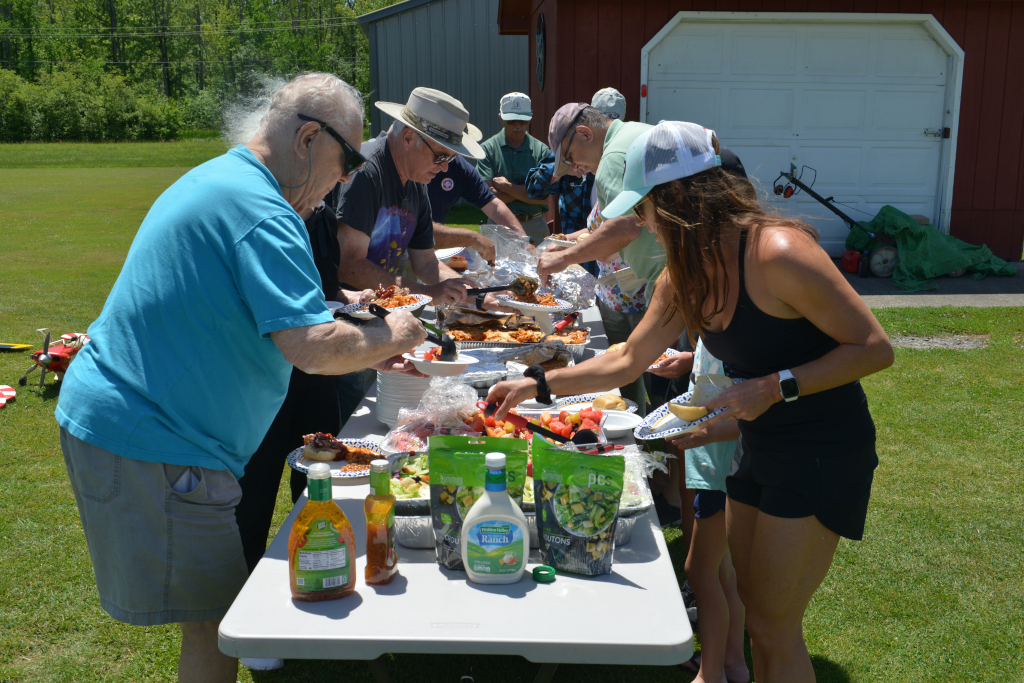 It was a catered event – great eats! 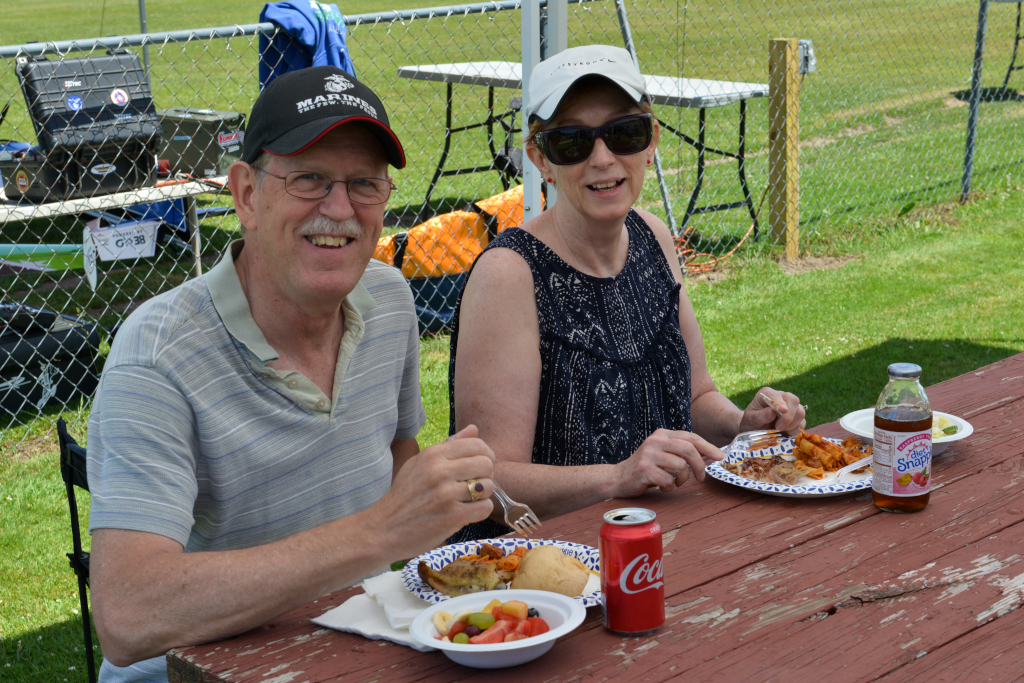 My wife & I enjoying the grub 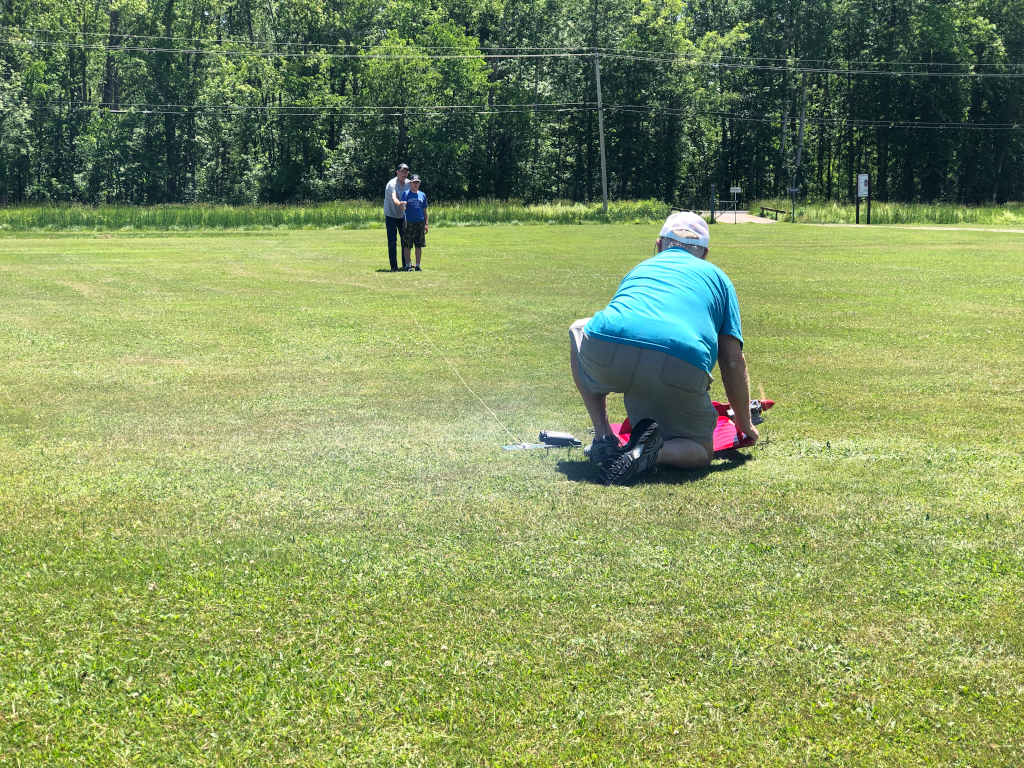 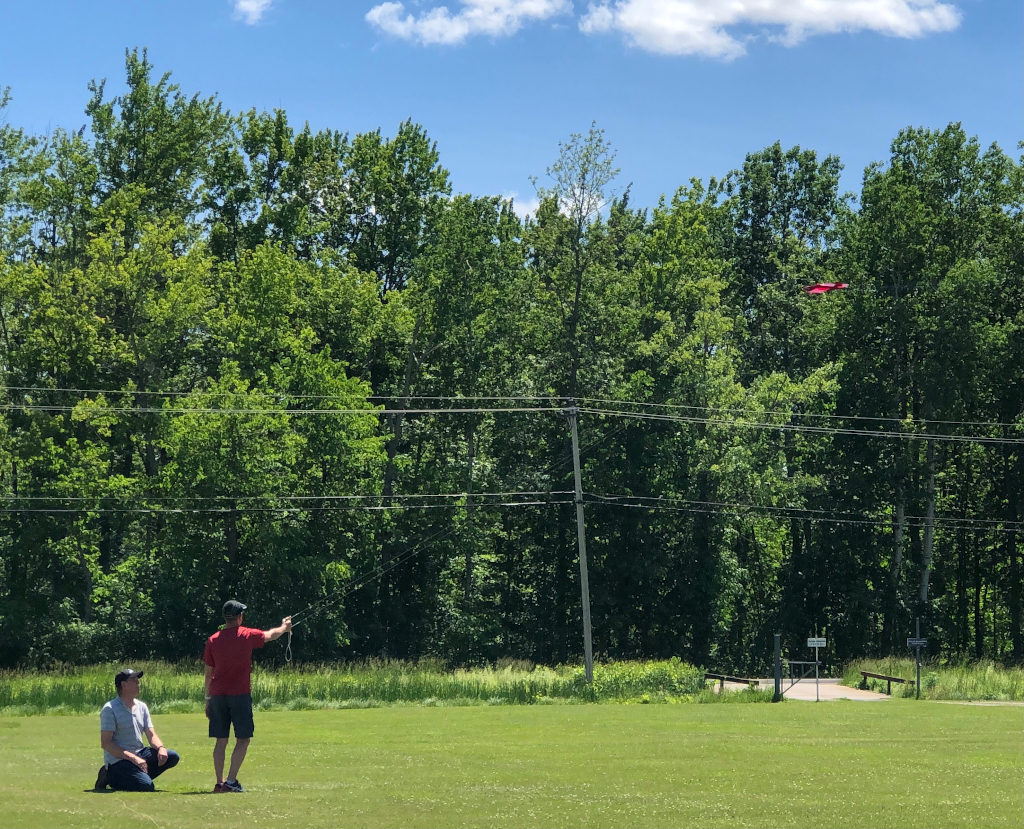 Another flyer once again picks up the lines from his youth. 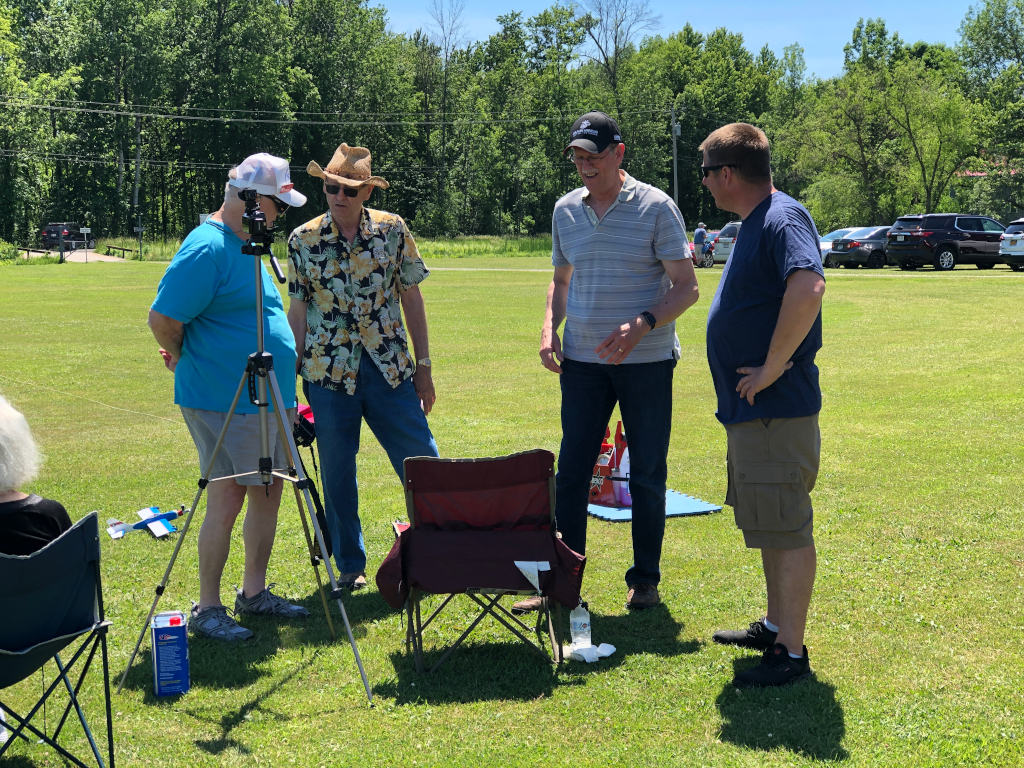 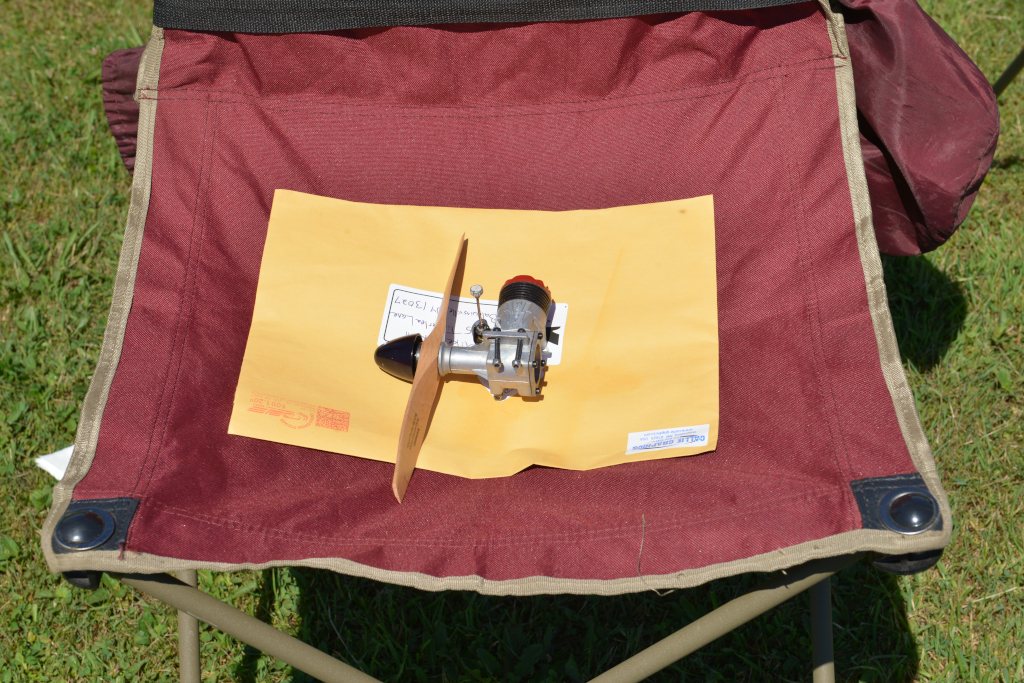 Components for one of my current projects: Engine and Decals

Many thanks to Michael Graham for his photo contributions to this FlyBoyz post.