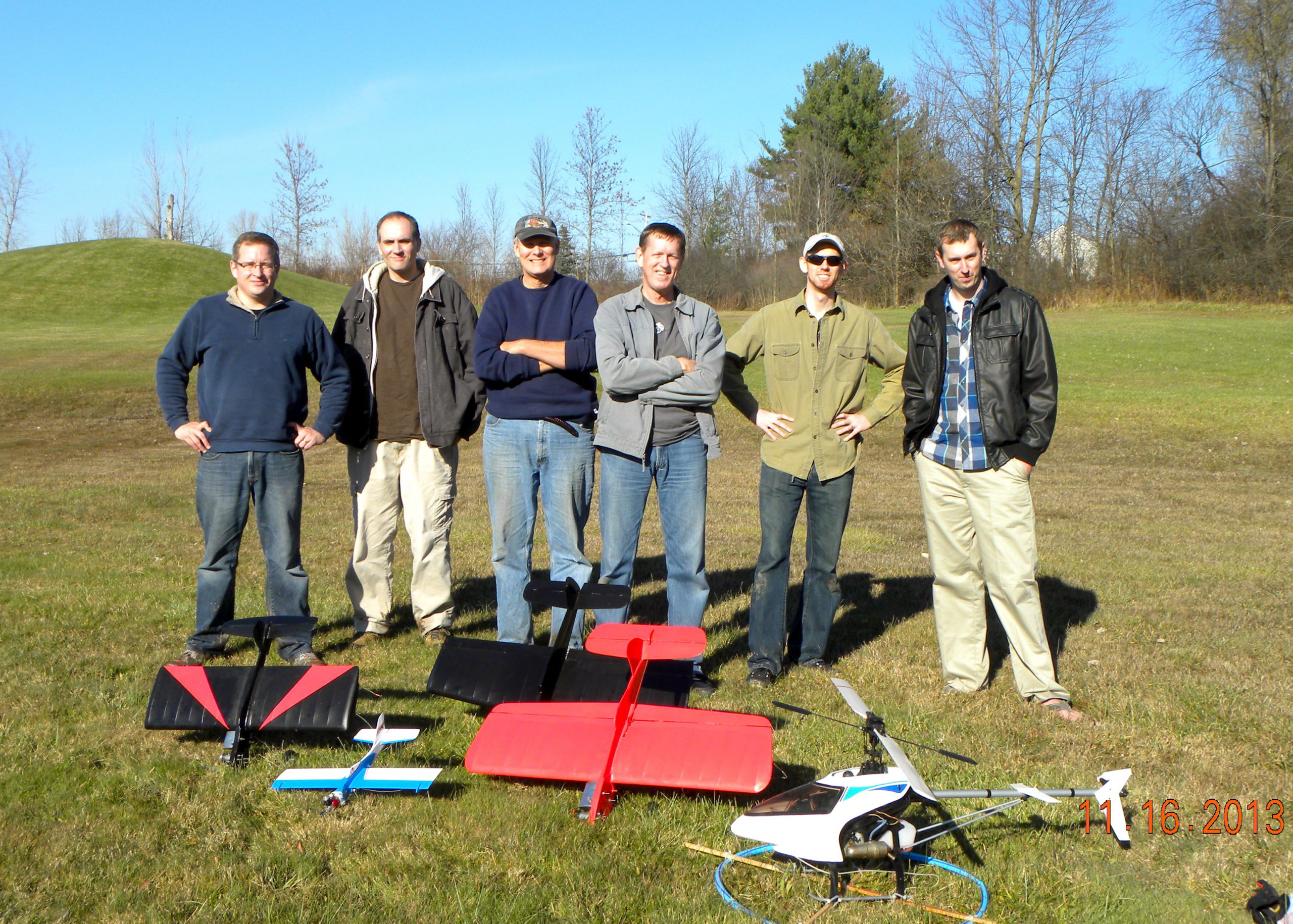 During our control line flying session on November 16, the O’Neill’s were joined by the Dwyer’s who brought along a batch of vintage 1970’s control line planes to fly.

FlyBoyz Steve Dwyer started his flying session with a flight of his Super Clown which he dubbed ‘Big Red’. The flight got off to a great start with a strong performance put in by Steve as he demonstrated the stunt capabilities of ‘Big Red’. Alas, at the top of one stunt, the engine quit and the plane came straight in and impaled itself into the mucky ground!

A couple days after this flight, I received an email from Steve who reported: ‘I’m going to have to replace the fuselage on the Super Clown, Big Red. After closer inspection, I’ve discovered it is full of stress cracks from the blunt force impact. When it hit, the fuselage was forced to bend resulting in over stressing the 50 year old wood. If the plane had been new and the fuselage didn’t give, I suspect the wing would have been damaged. I’ll be ordering a replacement slab of balsa shortly (winter project).’

I am hoping that we get to see a refurbished ‘Big Red’ take to the skies once again this spring!

This is the video that was taken of Steve flying ‘Big Red’.