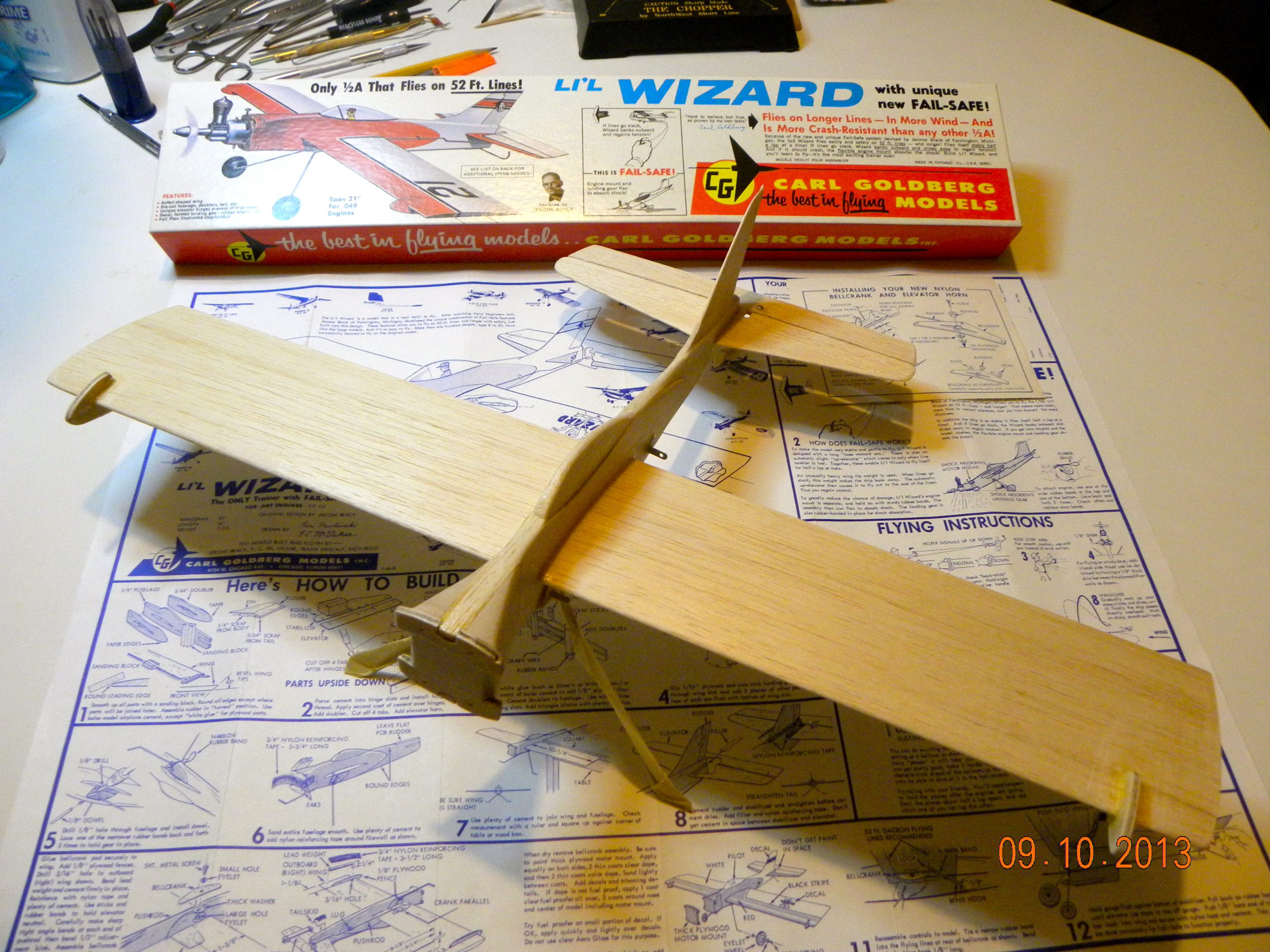 Not to be outdone by his little brother, my son Kyle also decided to take his hand at flying control line for the first time during our November 16, 2013 flying session. The below video documents what ensued!

Highlights of this video include:

During the last video segment, it was decided to let me takeoff the plane, get it safely airborne, and then turn control over to Kyle. This was good in theory but the practical results were yet another crash. At this point in the video the Dwyer’s can be seen arriving at the flying field and it was decided to turn the field over to them.

During his session, Kyle showed great form while waiting for takeoffs! However, we are not sure where he went wrong once airborne. It could be that he is left-handed and was attempting to fly right handed, thus losing a bit of fine motor control in the process. Despite not having a successful flight, it was an eventful attempted flight session and everyone (except Kyle?!) had fun.

As for the Li’L Wizard, it came thru all the hard landings with nothing more than some mud and grass to be cleaned off the plane!