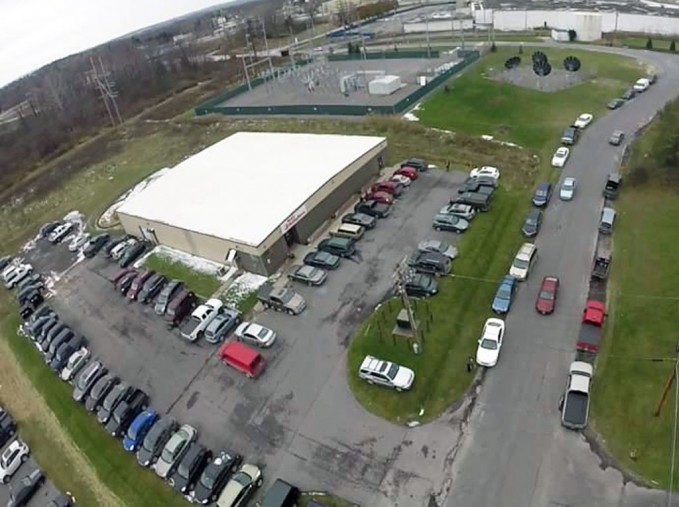 Yesterday, Walt’s HobbyTown, located in Syracuse, New York, celebrated their 40th Anniversary in conjunction with their annual Secret Santa Sale. I was able to attend the event this year and I had a lot of fun doing so. In fact, I spent twice as much time at the event as I had originally planned. There were a lot of activities going on throughout the store and a LOT of people were there both enjoying the events and getting in on the early Christmas shopping savings. This is one of those events where I will let the pictures do the talking. If you happen to be in the Syracuse area, I’d recommend you make a stop in at Walt’s HobbyTown as there is a lot to see and do (and buy!) there! 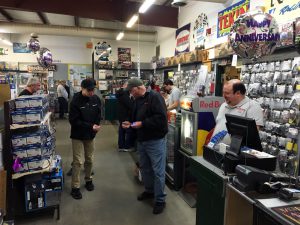 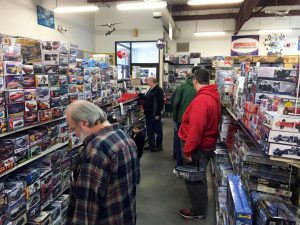 Plenty of models to choose from. 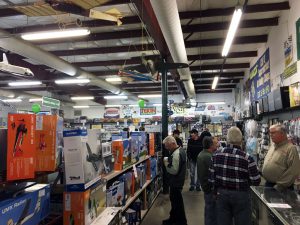 The sales aisles were packed all day long. 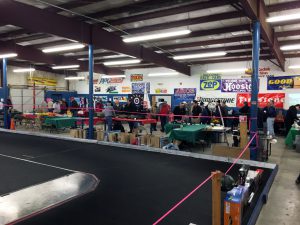 There were plenty of local clubs with display tables set up in the activity area of Walt’s. 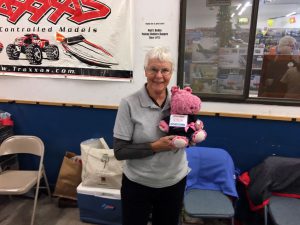 Jan Throne, Walt’s wife, holding ‘Lola’ the ever present mascot for Walt’s HobbyTown. Jan did the honors running the event tables and passing out the free door prizes. 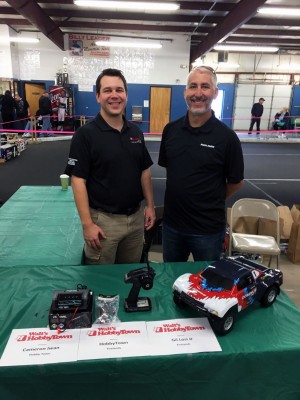 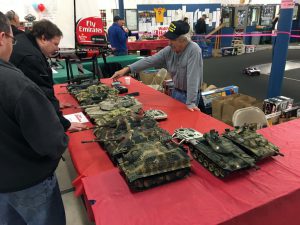 A very nice display of R/C tanks. There was some great detail on these tanks! 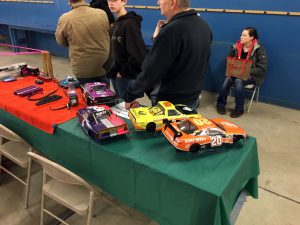 There were plenty of R/C cars that were burning up the indoor track throughout the day. 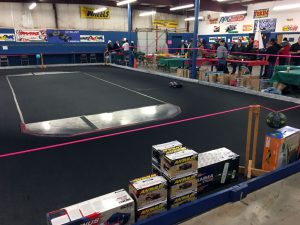 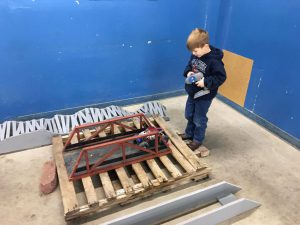 This little guy was having a great time running his R/C truck back and forth over the bridge. Future hobbyist in the making! 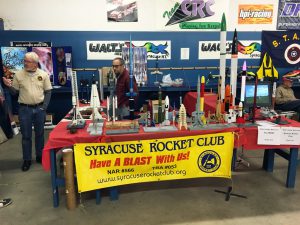 The sign says it all! Some awesome rockets with lot’s of detail were on display. 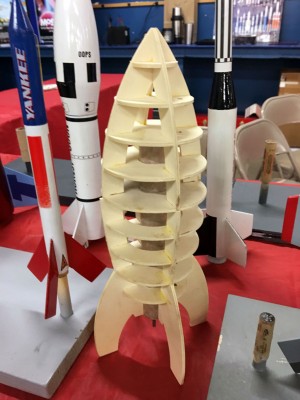 Travel back to 1950’s Sci-Fi with the ‘Retro Rebel’ by Rocketarium. 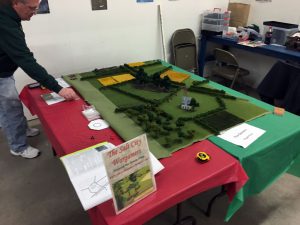 A local wargame miniatures club was on hand. 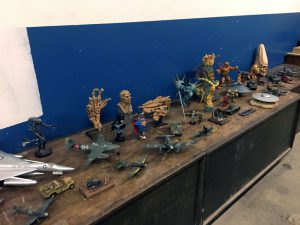 An area was set up with plastic modelers building and displaying their masterpieces. 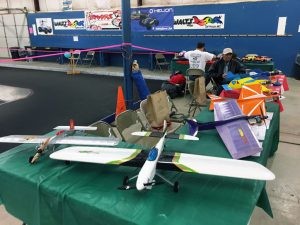 Local Control Liners were on hand with enough models to fill up three tables! 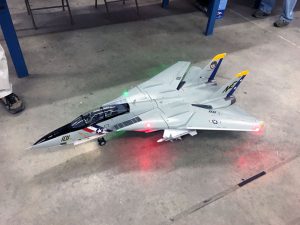 Michael Lambert, from the Oswego Valley Modelaires, was showing off his new F-14 jet from Freewing Models. The electronics and mechanicals in this jet were awesome.

According to Michael, this jet will fly at 95 mph with the wings fully extended and 125 mph with them in the swept back position! Here is a brief video of the wings on the F-14 in action: 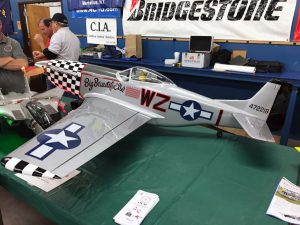 Another beautiful model on display from one of the members of the Oswego Valley Modelaires. 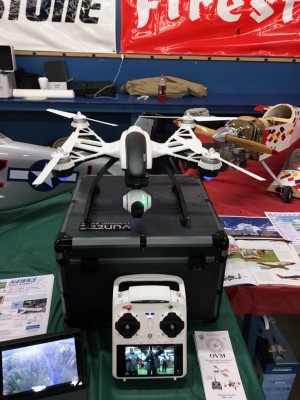 And needless to say, multi-rotors were in abundance throughout Walt’s HobbyTown.