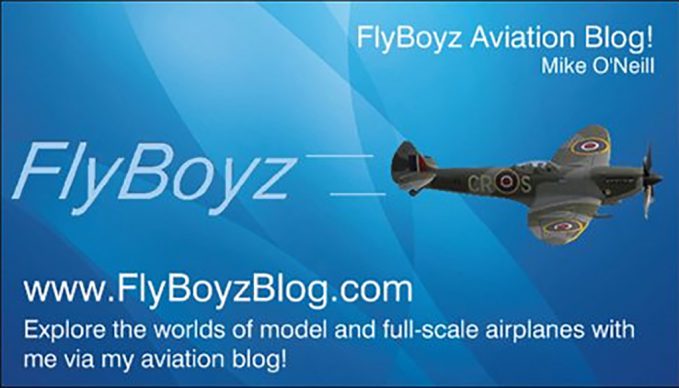 So the question has been asked ‘Where’s FlyBoyz?’ It was a bit over 5 years ago (November 9, 2013) that FlyBoyz first went live and I started publishing updates on my ‘Flight of Re-Discovery’. It has been a great 5 years of re-discovery! There was (and still is!) a lot to be re-discovered. At one point, I was posting updates at a rate of twice a week! However, over the past year or so, my frequency of posts has been lagging down to a rate of approximately once a month (and sometimes longer) leading some to wonder ‘what’s up with FlyBoyz?’ And so I am publishing this post as a sort of ‘Subscriber Update’ to bring everyone up to date with the state of this blog.

Over the past year, there have been several major life events, starting with my son’s death last December [Corey O’Neill], that have caused me to change my life’s focus on to other things besides just aviation. My involvement in aviation was effectively smothering my desires to also engage in other pursuits and interests. Some re-evaluation of the situation dictated that I make room in my life for pursuing those other interests while I am still able to. So I am finding that my focus has been changing, not to exclude aviation, but to include other interests at the same time. But to do that, it does mean less time is dedicated to aviation. And that means a decreased frequency of FlyBoyz posts.

Another concern that I was encountering was that I didn‘t want my FlyBoyz posts to start becoming repetitive. I’ve covered a LOT of aviation related territory here in FlyBoyz over these past 5 years and I’ve found that I’m starting to cover the same ground over and over again. I want my FlyBoyz posts to remain fresh and interesting and I want to avoid them becoming boring by covering the same topics or events from year to year. So that means that the frequency of my posts will go down until I discover new or interesting topics to cover. I will still be posting new updates but just not as often as in the past.

But what will now be filling up some of that time otherwise taken up by planes over the past 5 years? Well, I’ve had a couple other hobby interests that go back almost as far into my past as do planes. I’ve had an ongoing interest in board games. I’m not talking about your typical Monopoly or Scrabble sort of board games. I’m talking about strategic, tactical, and economic based board games. These include historical wargames, economic development games, and 4X (eXploration, eXpansion, eXploitation, eXtermination) based games. I enjoy games that involve multi-player interaction but I have a particular soft spot for games that lend themselves to solitaire (solo) play. To this end, I have invested in a game table and an ever increasing board game inventory. And over the past couple months I’ve started hosting regular gaming sessions with a group of like-minded board game enthusiasts. Game table set up for a 4 player game of ‘Terraforming Mars’ with ‘Scythe’ waiting on the wing shelf to be played.

Another interest has been HO model trains. Over the years I’ve invested in a collection of model train engines, rolling stock and craftsman structure kits that rivals my collection of model airplane kits! It is now time for me to start building that model train empire that I had designed on paper years ago. And to that end, I’ll be attending the large model train show in Springfield, Massachusetts at the end of this month with the specific goal of taking the first steps to purchase the modular bench work that I want to build my train layout on.

And then there’s woodworking. I’ve shown pictures here in FlyBoyz of the basement workshop that I have been building over the past couple years. Besides being a workshop for building model planes, trains, and rockets, that workshop is being built with the intentions of lending itself to the many woodworking projects that I have on my build list.

And then there is a completely new interest that I have started to pursue. I recently purchased a 3D Printer. It is a kit printer and I am currently in the process of building it. Once built and configured, I plan to explore the many possibilities of 3D printing. And I already have several 3D print projects on my list that will be used in my game, plane, and train hobbies. On the plane front, my focus over the past two months has been dealing with the model plane estate collection that I last wrote about here in FlyBoyz [The Hoard]. There has been a LOT of work involved in preparing the individual items for sale and then selling them on eBay. If anyone has an interest in what’s for sale at any time, you can check out my current eBay listings here: [eBay Seller MONeill854].

Having said all of this, there are still a LOT of model planes that I want to build and fly! And there are a lot of aviation activities that I want to engage in. My point here is just that, going forward, my life is changing and I will not be focusing 100% of my time on aviation. But, I will still be spending time with aviation, and I will still be publishing posts about my aviation activities here in FlyBoyz. My entire life and its’ focus are changing but I will not be throwing out the old in pursuit of the new. I will just be (somehow!) trying to blend them all together. And in the meantime, as you’re waiting for that next FlyBoyz post, remember that there are 5 years’ worth of already published FlyBoyz posts here for YOU to ‘Re-Discover’ and enjoy!