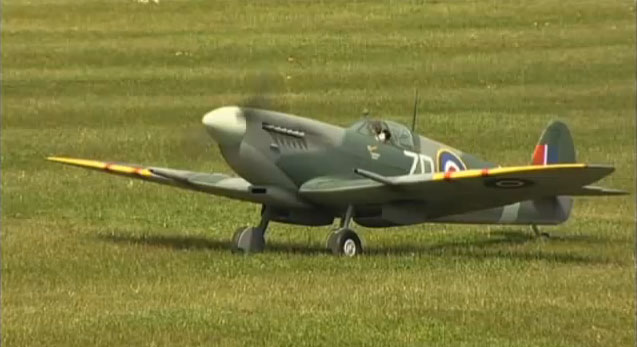 I am sure that this post is old news to those who have been active in the model airplane hobby over the past several years. However, given that I am just re-entering the hobby after being away for decades, I find this very interesting!

The use of electric engines to power model airplanes has been a huge innovation in the hobby over the past decade. However, I have found that the lack of significant sound associated with these engines has made the planes flying with them seem almost ‘unrealistic’ to my ears. This is just one of the reasons that I still prefer the use of nitro powered glow engines. There is no denying the sound associated with them!

Having been active in HO model railroading over the past decade, I can categorically state that one of the things that has had a huge impact on the model railroading hobby over that past decade has been the introduction of computerized sound to model train engines. DCC (Digital Command Control) has allowed this to happen and it has vastly increased the realism of model railroads through the use of realistic engine sounds. Thus, I am glad to see that the use of electronic sound is becoming available to model airplanes.

This video presents the electronic engine sound technology along with several planes flying with it. Listening to these planes fly with sound is fantastic and it really puts the realism back into these plane flights for me. I will be looking further into the use of this technology. Given that this video is 3 years old, I would expect that the technology has evolved further. Of great interest to me would be the further miniaturization of the technology so that it can be effectively used in smaller planes. Applying this electronic sound technology to the models I build would make the use of electric engines much more palatable for me.

Watch this video and let me know what you think of the sounds. And if you are aware of further developments in this area, please let me know.