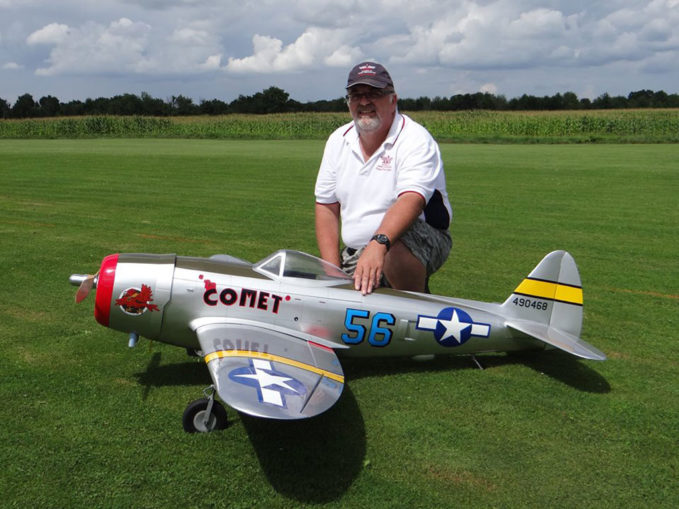 I dislike politics. No, correction…I despise politics! And I have absolutely no intentions to use this blog for political purposes.

One of the folks I met early on in my re-entry to model aviation was Eric Williams. I was bidding on a few items in the annual STARS (Syracuse Thunderbirds Aero Radio Society) auction when this Eric guy outbid me! What I really wanted was the control line handle that was included in the batch of items being bid on. After the auction, Eric said that he’d ‘sell’ me the control line handle in exchange for me making a small donation to the STARS club. Deal!

Since then, I have met Eric on numerous occasions and at many events. We’ve had many model related conversations and have become friends. Eric has even made it into a couple FlyBoyz posts over the past few years. And that’s because Eric and I seem to travel a similar circuit of model aviation related events here in Upstate New York. In my case, I’m seeking aviation experiences which then translate into material for yet another FlyBoyz post. In Eric’s case, he is also seeking aviation experiences but he is also representing the AMA (Academy of Model Aeronautics) at these events. You see, Eric happens to be the AMA District II Vice President representing New York, New Jersey, and Europe. And while I make it to quite a few events throughout the year, Eric seems to be ALL over the place in fulfilling his duties as District II VP.

During these conversations with Eric, we have touched on topics related to many aspects of this broad hobby. We’ve discussed R/C, control line, and free flight. We’ve discussed our joint past growing up in the Albany, New York area and our past and current experiences with the model aviation clubs in that area. We’ve also discussed the future of the hobby with emphasis on the role that multi rotors (drones) and FPV will play in that future. In all these conversations, I have been impressed with the depth and breadth of Eric’s knowledge and experience on all aspects of the hobby. But mostly, I’ve been impressed with his viewpoints and attitudes on how the AMA can better serve all the many model aviation hobbyists represented in all the many and varied niches of the hobby.

And so it is at this point that my aviation experiences cross over into the realm of politics. And it is for these reasons that I decided to publish this post and publicly endorse Eric Williams who is currently running for the position of AMA President. I will not go on any further here trying to explain who Eric is and what his attitudes and desires are for the future of the AMA. Rather, I’ll let him talk about that himself. You can read all about Eric and what he would bring to the role of President of the AMA by visiting his website here at this link: AMA Election

If you were to vote for Eric for AMA President in the upcoming election, I’m sure he’d appreciate your vote.