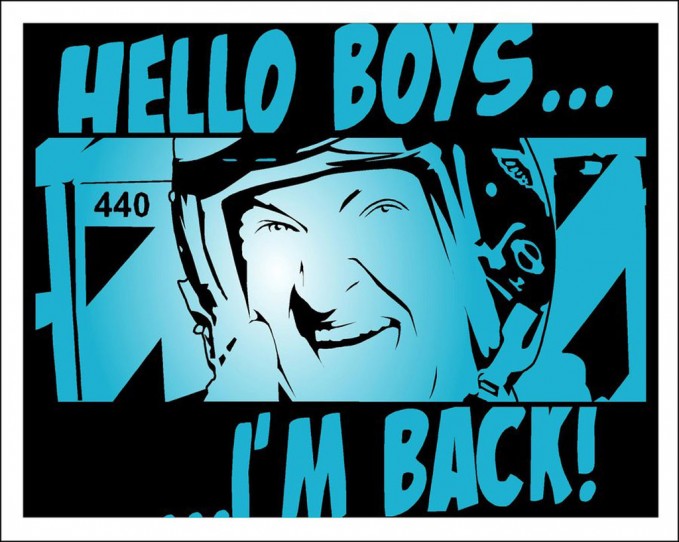 Wow, it seems like a lifetime has gone by since my last FlyBoyz post! Since the first of the year, my wife and I have spent several months consumed with getting our house ready for sale followed by the past two months being devoted to packing it all up ourselves. As of tomorrow (Friday), we will finally close on both the house we’re selling and the house we’re buying. Saturday, the movers deliver all our ‘stuff’ to the newly purchased house and we begin the whole process of unpacking and setting up the new place. In the 40.5 years that my wife and I have been married, this is move #12 and we have every intention of making this the LAST move! Once the actual move is complete, we have a lot of work planned for the new place but the pace will be a bit more ‘leisurely’ than what it has been so far this year and I plan to get back into the aviation groove in the process!

One of the first projects in the new house will in the basement where I will be building a new model building and woodworking workshop. Here is how the future workshop space currently looks: 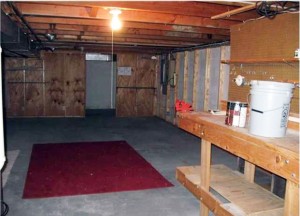 While not directly aviation related, I will be reporting on the progress of this ‘build’ in FlyBoyz since it has direct impact on my future aviation model building activities.

One thing that has greatly pleased me during my hiatus is that the number of visitors to FlyBoyz has held up even with no new website content from me. I am taking this as a testament to the continued interest in the website from my loyal followers and it is much appreciated!

And, of course, while I have been ‘gone’, the aviation world has not stood still. As such, a number of aviation related opportunities have continued to come my way, many of which I will be presenting here in future FlyBoyz posts. One new future project that I am very excited about comes to me courtesy of FlyBoy Steve Dwyer. Steve has presented me with a 50+ year old Sterling Corsair control line plane that is in desperate need of restoration. Spurred on by the great restoration Steve did with his old ME109, I am excited to restore this old warbird to its’ former glory. Restoration work on this Corsair will be a future series of new posts. Here is a sneak peek of what I will be dealing with! 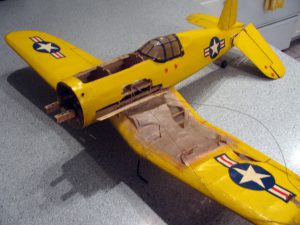 Speaking of the ME109, Steve has been patiently(?!) waiting for me to become available before flying his maiden flight with the restored 109. I would now look for this event to happen soon than later and I will report on it here very soon.

Also over the past two months, I had a good experience with Mark Freeland from Retro RC. I ordered an electric engine pod and a micro 3 channel radio control kit for my vintage Sinbad glider just as two articles about Retro RC hit Model Aviation magazine. Mark ended up being flooded with business (a nice problem to have!) but managed to take very good care of me and my order. Building the Sinbad and retrofitting it for electric power and R/C will be another upcoming build series. Here is a peak at a Sinbad already fitted with the electric engine pod.

Finally, John Crawley has been in touch with me several times regarding the Annual Ringmaster Fly-A-Thon that is coming up this October. Shortly, I will be publishing a post about this great event and how anyone can participate.

Unfortunately, I missed two great Geneseo events this year…the annual full scale airshow (‘The Greatest Show on Turf‘) which was held last weekend and the FAC (Flying Aces Club) NON-NAT’s which is being held this current weekend. Steve Dwyer reported to me that he and his son and grandson all had a great time at the airshow. I was disappointed with missing these shows but plan to attend them again next year.

I also missed out on a lot of great flying at my local club field. The STARS ground crew has done a fantastic job of maintaining the control line field just in case I ever show up to fly again. The control line flight area looks almost like a putting green! I will now be doing my best to use it often for the rest of this flight season! The STARS also safely stored all my planes and rockets during the move from one house to another. I want to thank Herb Moore and the rest of the club for all their great support!

So there you have it, I’m back in the cockpit and about to get airborne once again on my Flight of Re-Discovery! Thanks for all your patience with me over the past couple months and I hope you enjoy picking back up with FlyBoyz once again!