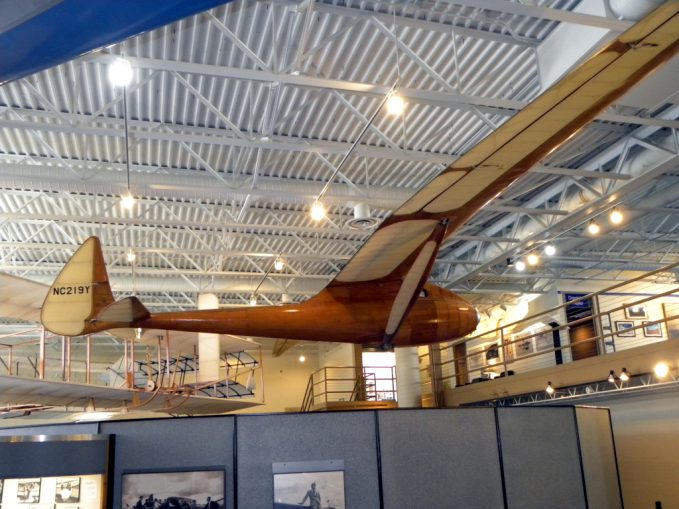 It was a cold Winter day in early March as I continued my circumnavigation of the New York Finger Lakes in order to catch up on the happenings at a couple of aviation museums. On this particular day, I was visiting the National Soaring Museum located in Elmira, New York. I’d never been to the Soaring Museum but knew that it was located at the top of one of the many hills that encompass the Elmira area. After a climb in my car up Harris Hill, I found the flat, wind-swept hilltop that played host to the Harris Hill Soaring Site and the National Soaring Museum. One look at this flat hilltop in relation to the surrounding countryside and I knew why this was such an ideal location for soaring. All one needed to do was pilot their glider off the end of the runway and they were already high in the air soaring over the surrounding valleys!

Once in the museum, you are greeted by a balcony level panoramic overview of the main display area. There are gliders everywhere! But, before investigating all the gliders on display, I watched a brief video overview on the history of soaring and the role that the Elmira area played on the national soaring scene. It did a good job setting the stage for what I saw in the rest of the museum.

I then took a side trip to check out the restoration shop which has been established at one end of the museum. There were several gliders in various stages of restoration to view. 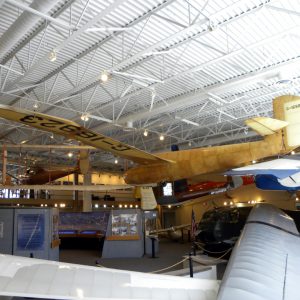 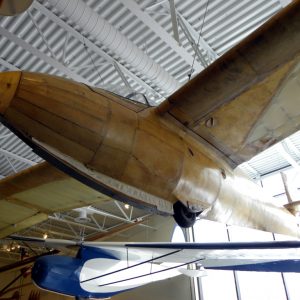 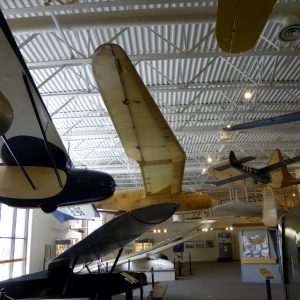 (P.S. If you are interested in a beautiful laser cut kit of this famous glider, there is one available here in the FlyBoyz Store: Göppingen Gö-3 Minimoa Glider Kit )

After working my way through the main display area, I found another room which featured high performance and competition gliders. One look at these sleek birds and you knew that they were high performance. This room then led to another room which featured a history and gallery of Schweizer gliders. Schweizer was located in the Elmira area and was the primary manufacturer of American made gliders for decades. Their history is well documented and displayed in this gallery room.

Besides the main display areas I’ve described, there are several smaller display alcoves scattered throughout the museum as well as wonderful photos and artifacts hanging from walls throughout the museum. Finally, there is a very nice Gift Shop where one can pick out appropriate mementoes of their museum visit.

Outside, the museum building sits alongside the Harris Hill Soaring Site airport. During flying season, one can watch the gliders taking off and landing right in front of them. I’ll have to come back again (in better weather!) to witness in person some of these beautiful birds flying.

I’d like to end this post by thanking Museum Director Trafford Doherty and his wife Jean (who really runs the place!) for their great hospitality and taking the time to play host to me during my visit. I had a great time viewing the museum displays and their descriptions of what I was seeing made it that much more informative and enjoyable!

This FlyBoyz video presents some of what you’ll see when you visit the National Soaring Museum. Enjoy the video!

Mar 14, 2021Mike O’Neill
Return to HammondsportShall we play a game?