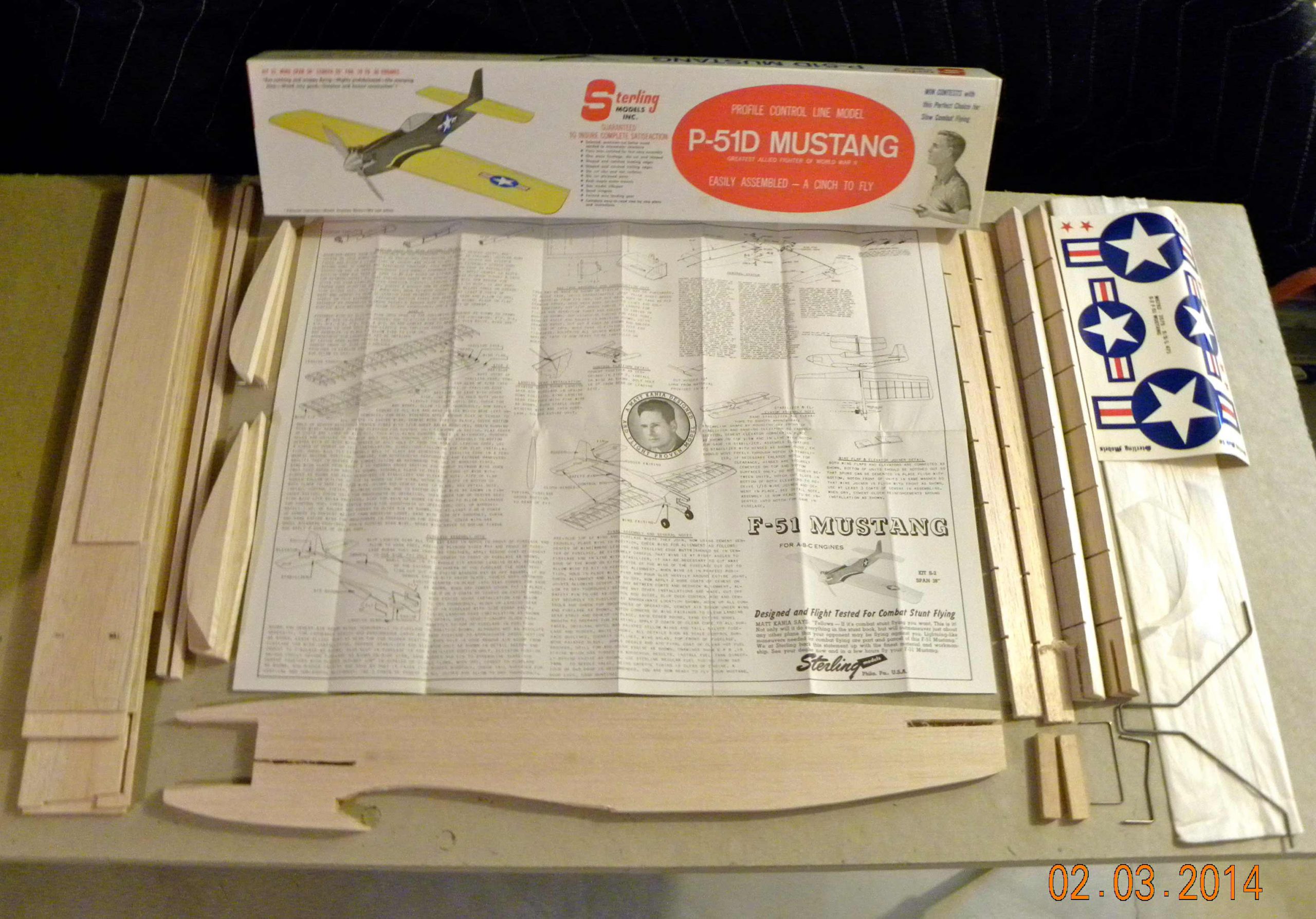 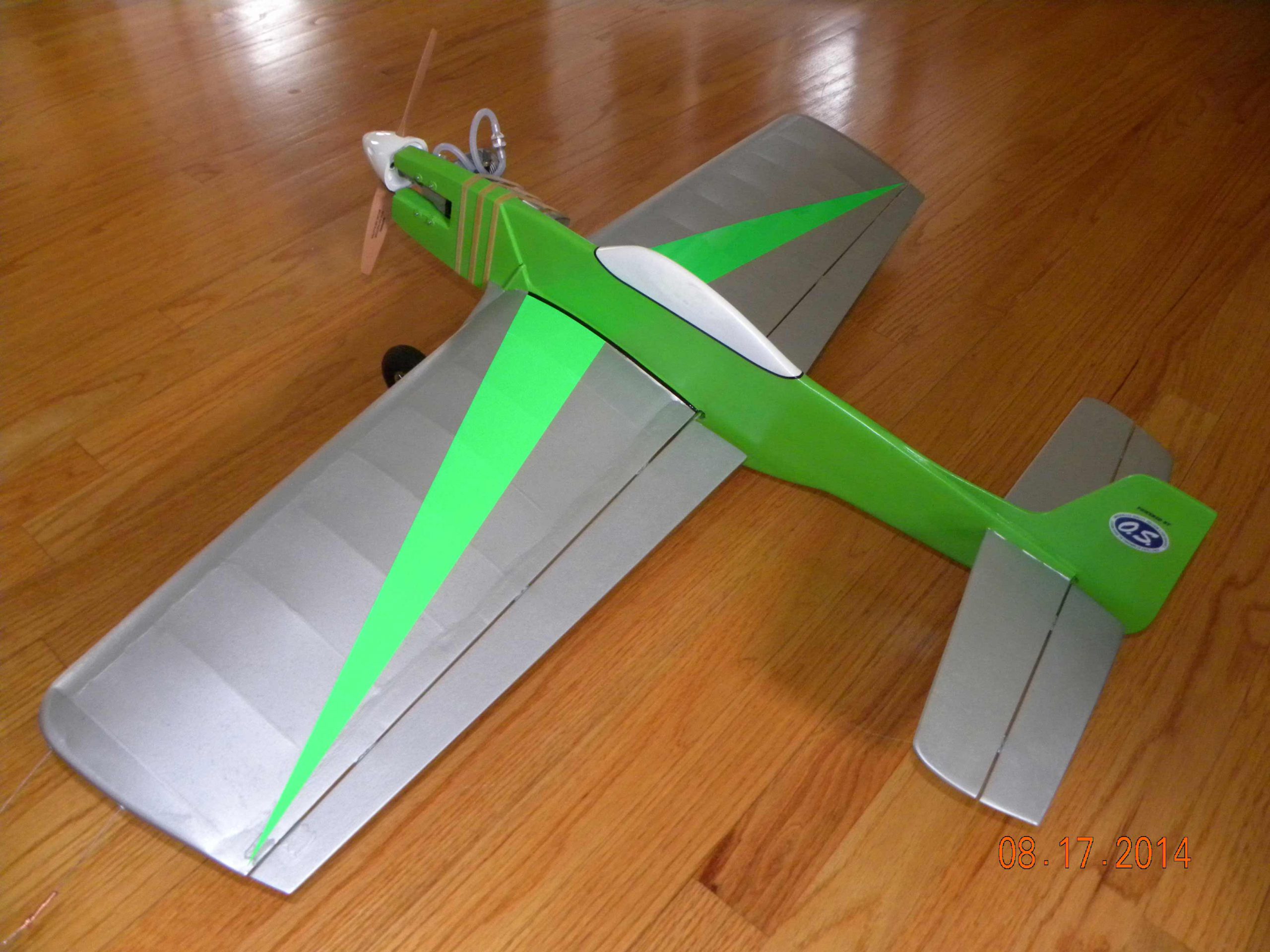 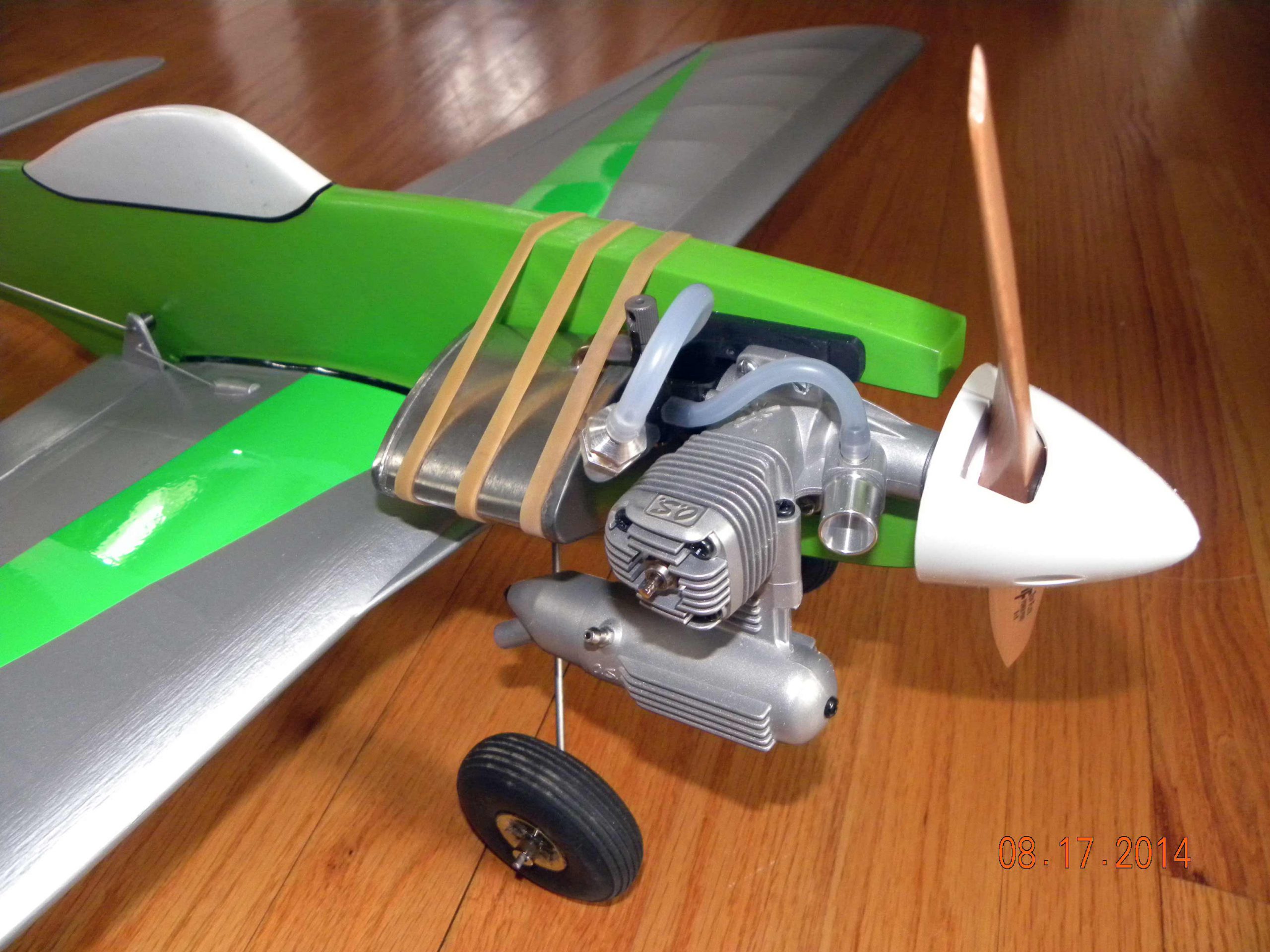 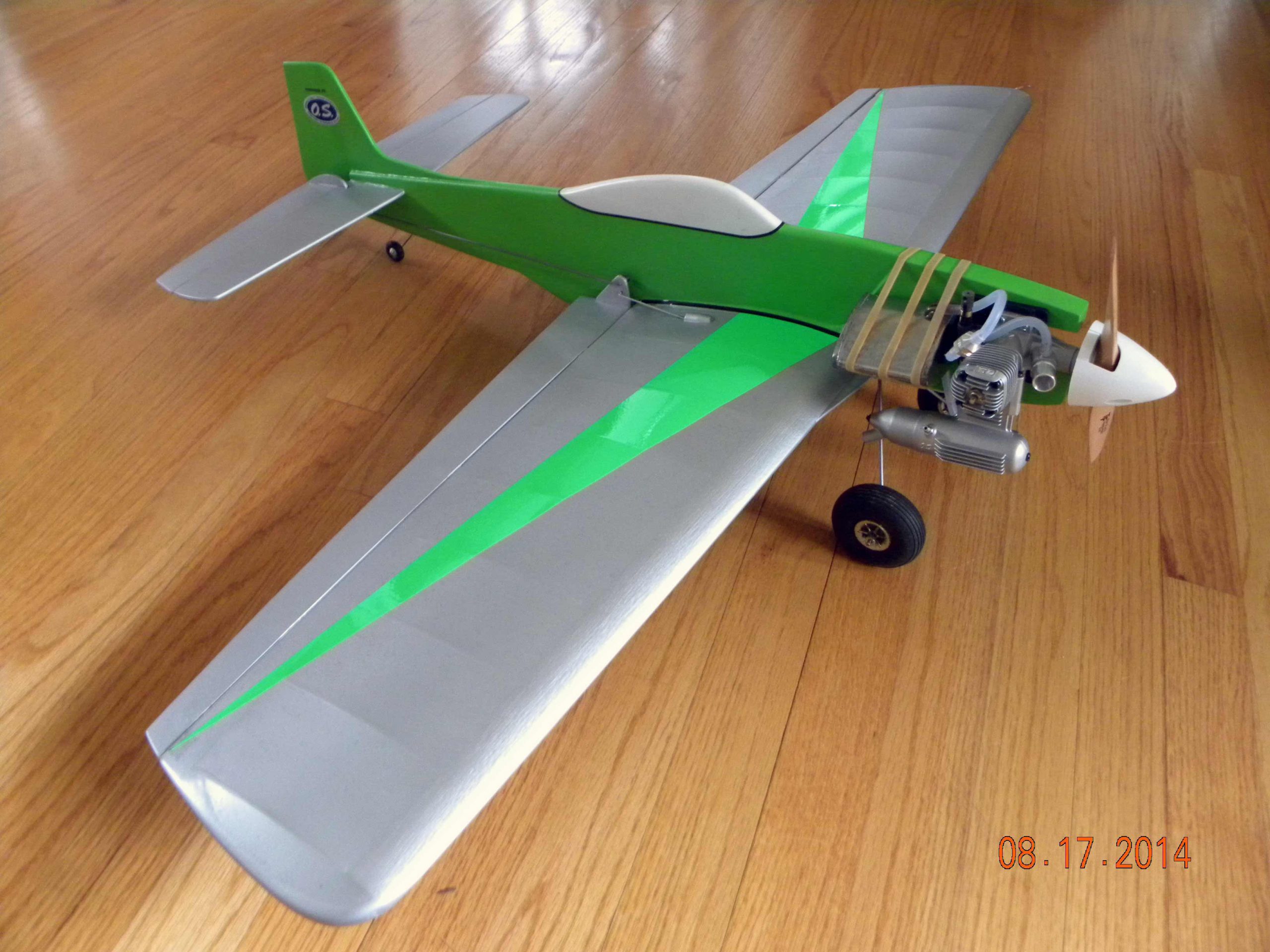 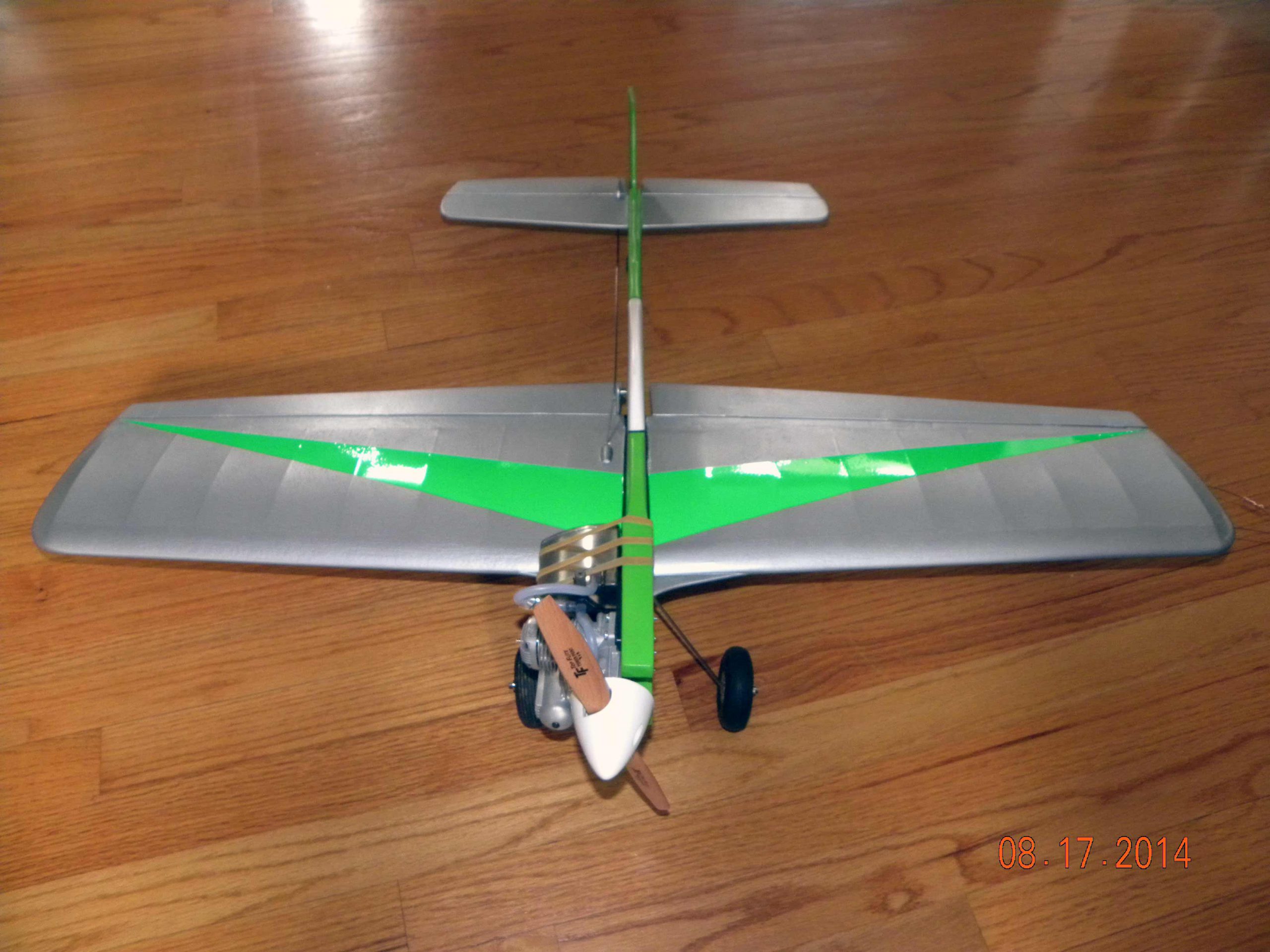 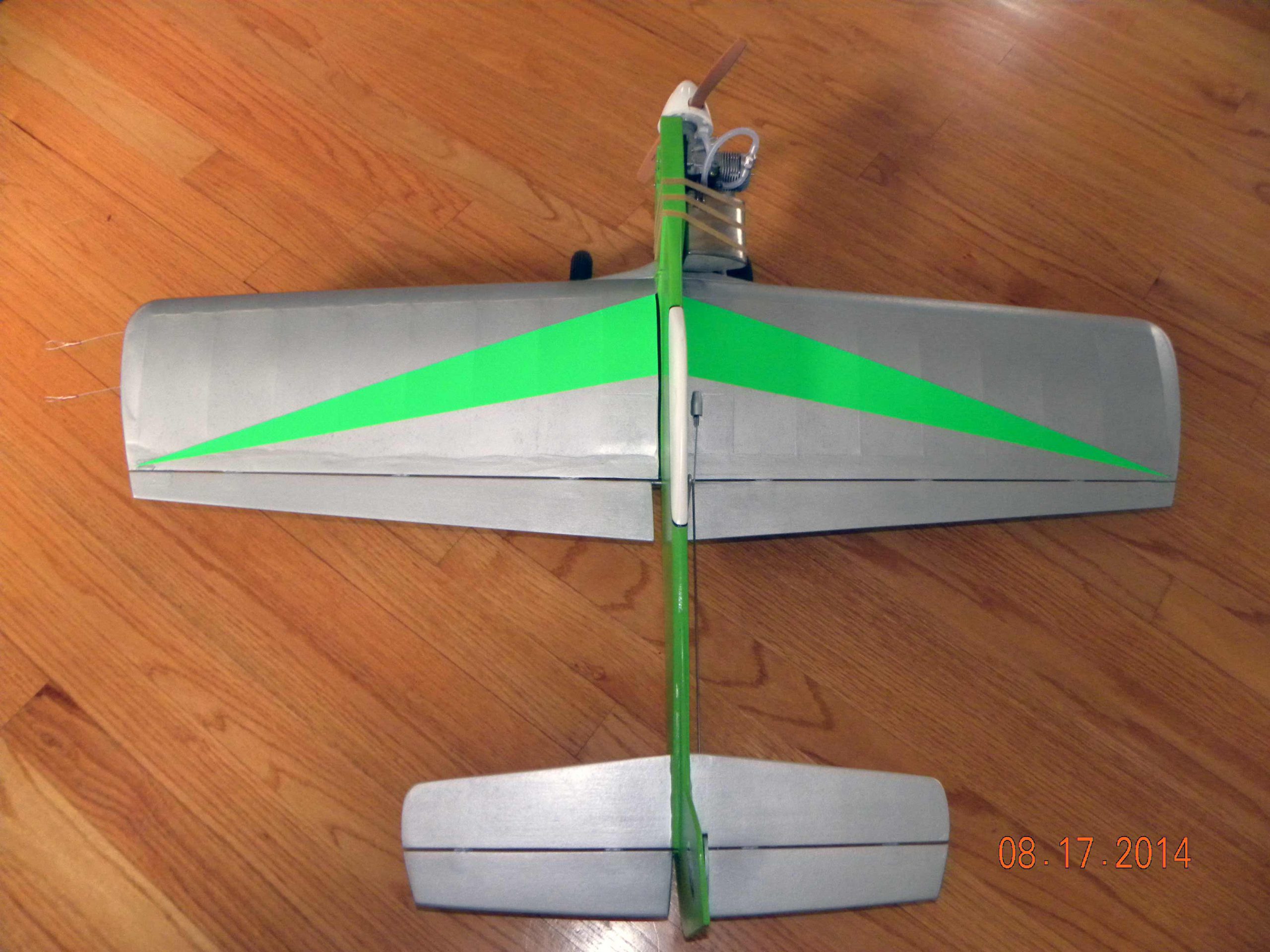 Yesterday, with a couple items still left to do on the building punch list, I took the Mustang to the ‘National Model Aviation Day‘ event that was being held at the STARS (Syracuse Thunderbirds Aero Radio Society) club field. I met up there with FlyBoyz Warren Wagner who has been acting as my mentor for this build. He did a rather complete pre-flight of the plane and suggested a handful of tweaks that I should make before actually flying the plane. I took his suggestions to heart and was up till 2:00AM completing the punch list and implementing the tweaks that Warren suggested. The only thing that did not get done was the manufacture and installation of a bracket to attach the fuel tank to the fuselage. Since there was a control line flying session planned today and time was about out for the build, I decided to use rubber bands for the tank attachment for the maiden flight. The bracket would wait until later (thus the not quite 100% complete statement).

The final results of the build are presented here in these photos starting with a replay of the original kit as I laid it out 6 months ago and ending with the completed build just moments before taking it to the flying field to see if it would fly. The photos are displayed in both a ‘Gallery’ format (above) for quickly scanning thru them and also in a captioned ‘Lightbox’ format (below) which allows for zooming in on individual pictures by clicking on them.

Enjoy the photos and stay tuned for the results of the maiden flight!! A vintage kit ready for a new build. All dressed up and ready to go flying! The business end of the Mustang. The fuel tank bracket still needs to be installed but the rubber bands will work for the maiden flights. Also, the fuel line from the tank to the needle valve was shortened after this photo was taken.